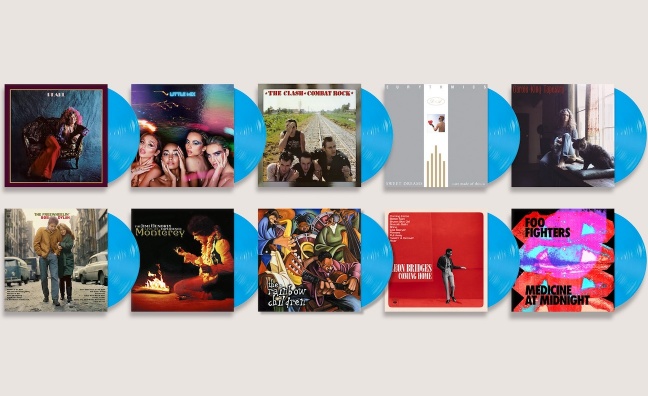 UNICEF UK has confirmed the limited-edition release of 10 albums for their Blue Vinyl series, raising money for the Children’s Emergency Fund, which helps children affected by conflict and disaster.

Just 48 limited edition Blue Vinyl copies have been pressed for each of the 10 albums, in recognition of UNICEF’s ability to respond to an emergency affecting children, wherever they are, within 48 hours.

Fans are now able to enter a prize draw here for each artist on the Crowdfunder website to be in with a chance of winning one of the albums.

Eurythmics - Sweet Dreams (Are Made Of This)

The Blue Vinyl will be displayed on the floor-to-ceiling screens at Outernet London in Denmark Street until August 10. 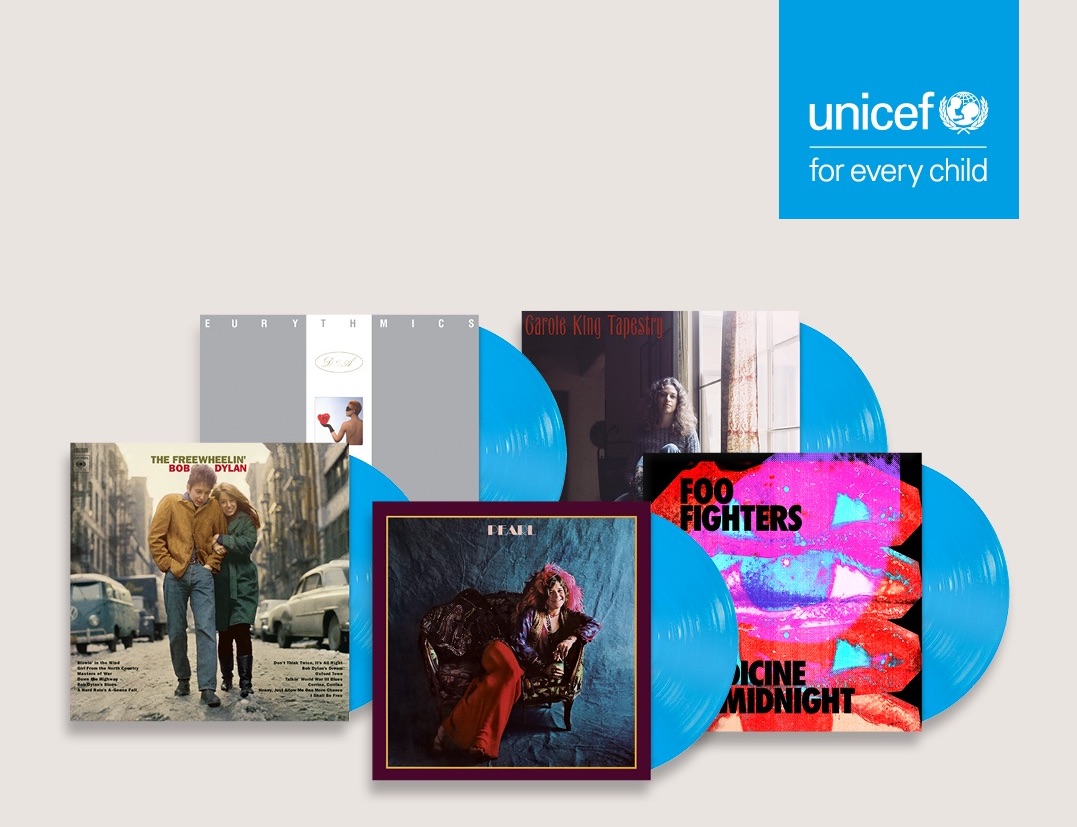 The Blue Vinyl series has been created in partnership with Sony Music UK and with the involvement of ie:Music co-founder Tim Clark, who’s helped bring this year’s line-up together.

Here, he reveals how the power of classic albums can help make a positive impact…

There’s been a renewed appreciation of vinyl in recent years - is that part of the reason for your approach to this initiative?

“I wish I could claim this idea but, in fact, it came from Matt Proud, who felt that putting vinyl together with the UNICEF blue would be special. For me, of course, being of an age, I can remember very well the excitement of producing album sleeves for Jethro Tull, Traffic, Bob Marley and many others that were so brilliantly designed. You would absolutely want to own them and treasure them. Doesn’t happen with streaming, does it!”

How did you go about finding the albums for this series?

“We were fortunate that Sony decided that they would like to partner with us on the series. They have been incredibly helpful working with us to find the albums featured here and people have been very keen to support the cause.”

Music brightens all our lives, doesn’t it?

Do you have any personal connection to any of the LPs?

“I don’t have a personal connection with any of the titles, in that I worked on them. However, Bob Dylan, Jimi Hendrix, Carole King, Janis Joplin and The Clash would all feature on a list of my favourite ever artists. Showing my age again, a particular favourite would be The Freewheelin’ Bob Dylan – but I really would love to have all of them in my collection.”

How important is music to an organisation such as UNICEF in terms of spreading the word and raising money?

“One of the greatest marketing men of all time, Steve Jobs of Apple, knew very well how important music could be in transmitting a message. Music has a great role to play in telling the UNICEF story, and the vital part it plays in helping disadvantaged children around the world. Music brightens all our lives, doesn’t it?”

Finally, how much are you hoping to raise?

“The first series raised a healthy five-figure sum but it was the start of a very steep learning curve. We would hope to at least double that amount but are aiming for an even healthier six-figure sum!”