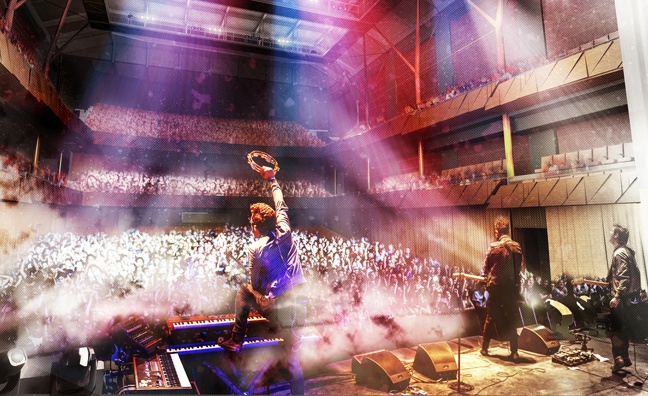 Bristol’s Colston Hall, which celebrates its 150th anniversary in September, has unveiled plans for a £48 million refurbishment to turn it into a world-class music hub.

The project will involve remodelling and upgrading the Main Hall, Lantern cellars and historic foyer spaces to improve facilities for audiences and performers.

A public consultation exhibiting the new plans is open until February 24, and people are being invited to comment on the proposals before a formal planning application is submitted later this year.

“As we celebrate the 150th anniversary of Colston Hall we enter a key stage in the second phase of our transformation programme," said Louise Mitchell, chief executive of Bristol Music Trust, speaking at the launch of the public consultation.

“The Hall hasn’t been updated since the 1950’s, so it’s long overdue a refurbishment that will give Bristol and the West Country a world class venue to be proud of.

“Today, we invite the public to view our plans for the Hall that will transform it into a performance centre fit for the 21st century and secure its place as a leading national arts centre for the next 150 years.”

The plans, by architects Levitt Bernstein, will see the capacity of the Main Hall increased and major changes to the stage, making it more flexible and able to accommodate larger bands and orchestras and more production equipment.

The Colston Hall’s second venue, The Lantern, will be redeveloped into a versatile performance venue with flexible seating technology. The venue’s historic cellars will be used again for the first time in 100 years, turned into educational workshop spaces, a hub for performing arts business enterprises and a new performance area.

Colston Hall’s frontage will also be restored and a new restaurant will be built where the venue’s old ticket office currently sits.

The plans represent the first major improvements to the performance spaces in the Colston Hall for the Festival of Britain in 1951. Since then the likes of The Beatles and The Rolling Stones have played there, but it is the only major concert hall in the UK not to have been redeveloped in recent times. This work forms phase two of the venue’s redevelopment following the construction of a £20m new foyer space opened in 2009.