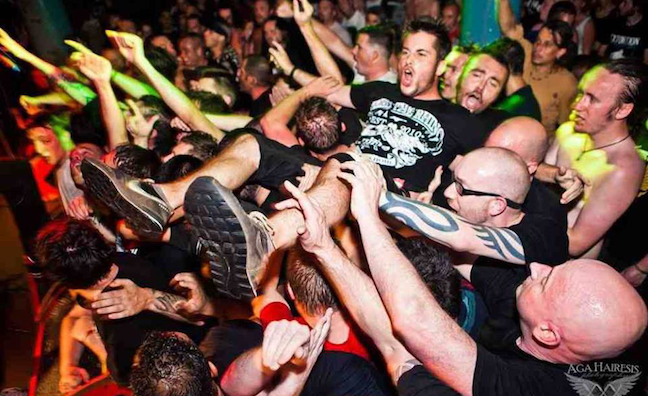 The first tour announced under the banner is Bring Me The Horizon's five-date arena run, which kicks off at Glasgow’s SSE Hydro in September 2021.

We aim to build a social community around this brand

“During these trying times of quiet in the world of live music, we are all looking forward to a return to Action! and the full live music experience,” said Day.

“From the record to the stage to the mosh pit to the lyrical content, the word Action! is pivotal to rock. We aim to build a social community around this brand, and bring audiences the best in alternative music that goes up to 11. To launch with a new tour from one of the UK’s hottest acts, Bring Me The Horizon, is very exciting.”

The Action! Presents team has worked with the likes of Marilyn Manson, Killing Joke, The Sisters Of Mercy, Therapy? and The Cult, and has helped build the live careers of Don Broco, Frank Carter & The Rattlesnakes, Muse, While She Sleeps, Deaf Havana and Sabaton.

Kilimanjaro has previously been behind major rock events such as Sonisphere festival and the European leg of the Vans Warped Tour, as well as staging Babymetal's SSE Arena, Wembley bow in 2016 - the largest, sold-out show a Japanese act has ever played in the western world, which smashed the venue’s merchandise sales record.