Music Export Growth Scheme applications open for next round of funding 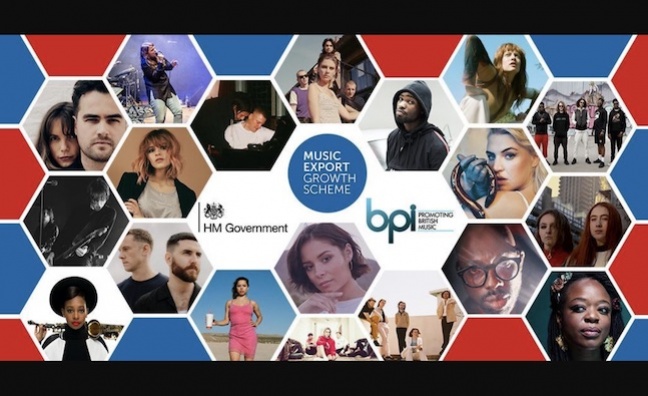 Applications for the next round (20) of Music Export Growth Scheme (MEGS) funding will open at 10am on August 24 and close at midnight on September, 27, 2021.

The Music Export Growth Scheme exists to boost British music exports by supporting small to medium sized music companies as they build on the commercial potential and profile of their artists in overseas markets. This latest round of the scheme run by the BPI is funded through the Department for International Trade (DIT) and the Department for Digital, Culture, Media & Sport (DCMS).

Since its launch in 2014, around £4 million has been awarded by the scheme in response to up to 300 applications that have successfully supported largely independently-signed artists in generating £51 million in UK music exports – a return of £12 for every £1 invested.

Successful applicants will be notified at the end of October and announced in November. Applications that promote artists and genres of all backgrounds are encouraged and can be made by any UK SME company in support of overseas touring or promotional activity.  Funding for up to 60% of planned total budgets will be considered.

British artists and their UK labels currently account for around 1 in every 10 global streams. Earlier this year the BPI published its report All Around The World, setting out how, with government support and record label investment in artists and new music, annual British music exports could double to £1 billion by the end of the decade.

Chris Tams, BPI director of International overseeing the MEGS programme, said: “The Music Export Growth Scheme is playing its full part in boosting British music exports, but, in an increasingly competitive global music market, the vital role it plays is needed now more than ever.  We want to build on its success and on the diversity of indie artists and music genres that the Scheme has supported to date by encouraging eligible companies representing artists of all backgrounds and styles to apply.”