'You've got to try and grow with the times': 2000 Trees boss James Scarlett toasts another successful year 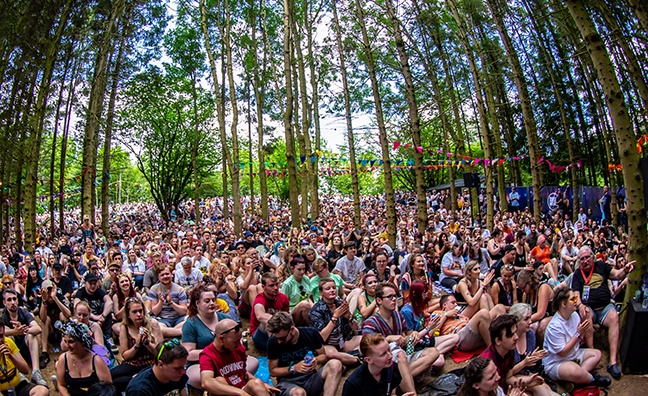 2000 Trees and ArcTanGent co-founder James Scarlett has told Music Week the rock festivals have enjoyed their most successful editions in years.

Frank Turner & The Sleeping Souls, You Me At Six and Deaf Havana topped the bill at 2000 Trees in Cheltenham from July 11-13, while Bristol's ArcTanGent, held from August 15-17, was headlined by Coheed And Cambria, Battles and Meshuggah.

Speaking in this week's magazine, Scarlett suggested the niche appeal of the events has helped buck the trend in a challenging year for the festival circuit.

“The dedication we get at ArcTanGent probably beats any festival on the planet," said Scarlett. "If you know it, you know it and you absolutely love it. The difficult thing is whether there’s enough of those people out there to make a viable business, but ArcTanGent has just had its best year by an absolute mile. Sales were well over 50% up on last year and for 2000 Trees we were about 10% up on last year.

“From what I’ve heard, that beats the market [in 2019] quite significantly, because a lot of people are having a tough time. But I think both our festivals have a little niche where it means we are a bit protected.”

Scarlett had no previous promoting experience when launching 2000 Trees with friends in 2007, but has since gone on to launch the math-rock, alt-rock and post-rock-oriented ArcTanGent in 2013.

“You’ve got to try and grow with the times,” he said. “When I started this I was in my 20s and now I’m 40, so you have to realise that our target market is not 40-year-olds. That means that we have to work out ways of ensuring we’re still appealing to our audience rather than ourselves.

"The festivals will hopefully continue to grow gradually. Your costs will creep up every year so, if you're not going to increase your ticket price massively, you're going to have to sell more tickets, otherwise your event will eventually become unviable."

Subscribers can read the full interview with Scarlett here.