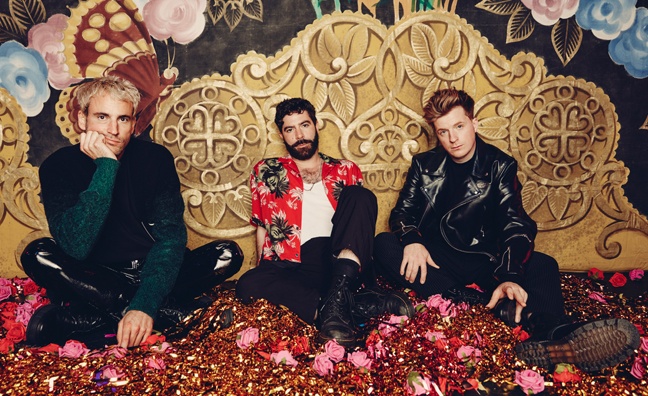 Pointing to the success of Foals, who he looks after with Alex Wall, the Q Prime co-founder and rock visionary suggests that greater patience is now needed when trying to break groups.

Foals have just released seventh album Life Is Yours (June 17). When Mensch began working with the group in 2010, he said it would be a case of long-term career development.

“I said to them, ‘This is going to take a long time, you guys don’t write obvious hit singles,'" said Mensch. "Inch by inch, they have built up a pretty hardcore following of people who still like British guitar music. They’re a strong force in the classic British tradition."

The Q Prime management exec is confident that the new album puts in practice some of the advice he's offered along the way.

“All I ever said to them was, ‘Whatever message you want to deliver, if you can do it in a form that is more palatable to radio or shorter attention spans, then great,'" he said. “It’s the same speech we gave to Metallica, but that was 20 years earlier, in a different time. The bottom line is songwriting. They’ve built up a core of great songs and this is the best they’ve ever had as a collection.”

While Foals look set to make an impressive return than ever with their seventh record, Mensch said he felt it is becoming increasingly harder for the bands following in their wake.

“I don’t know if any record label is going to sit there and invest the kind of money that it costs to make a rock band record and to tour them and then do it again, do it a third time," he suggested of current industry conditions. "I don’t say it’s looking rosy up there in rock band land.”

Although the broader outlook might seem restricted for bands, Warners Records UK successfully steered Foals to a first UK No.1 on their previous dual album campaign in 2019. Everything Not Saved Will Be Lost - Pt 1 peaked at No.2  (89,921 sales to date - Official Charts Company) and the second part reached the summit (59,906).

The label also broadened their genre playlist reach on those records. The new album's recent singles 2001 and 2am have a euphoric feel that's closer to dance music than their early, experimental indie-rock. The equally upbeat lead single Wake Me Up breached the Top 100 last year and has sales of 47,293, according to the Official Charts Company.

When they emerged with their debut album Antidotes back in 2008, they were part of a new wave of groups proving that indie-rock could be experimental and accessible at the same time. But many of their sometime peers - Klaxons, Late Of The Pier, Wild Beasts, The Maccabees, Friendly Fires - have either split up or faded away.

“It’s fucking rough for bands these days,” frontman Yannis Philippakis told Music Week. “You can get to a certain place but there’s definitely a glass ceiling. You could go and fulfil your dreams in the era we came through, when there was a weekly magazine [NME] and you could be on the cover of it one week and literally change your life, change your career.”

“I feel proud of us,” added guitarist Jimmy Smith. “We’re pretty fortunate to still be doing it, still able to make a record like the one we’ve just made. We’ve never been put in a situation where we’ve had to compromise. We’ve never signed a 360 deal – the record deals new bands have to sign these days are so shit that they don’t get a chance to make enough money to even get started.”

Despite the strong chart performance of their last two albums, the streaming environment has impacted sales volumes for all established acts. The band's 2015 album What Went Down peaked at No.3 and has sales of 205,752, although that's not so far ahead of the 2019 project if you combine sales for companion LPs Everything Not Saved Will Be Lost Pt 1 and Pt 2.

“If the live business gets better, then the record will have had an impact because you can’t make any judgements on record sales anymore,” he told Music Week. “The last two records did worse than the previous one, but we sold more tickets.”

Foals are actively thinking about how to expand their reach, according to Mensch.

“The band has not yet, thank God, given up on trying to be big in other places besides England,” he said. “With all due respect, if you’re only big in England, you’re going to run out of places to play. We’re still trying to push the rock uphill in Europe and North America.”

Subscribers can click here for the full interview with Foals, Peter Mencsch and Warner Records.