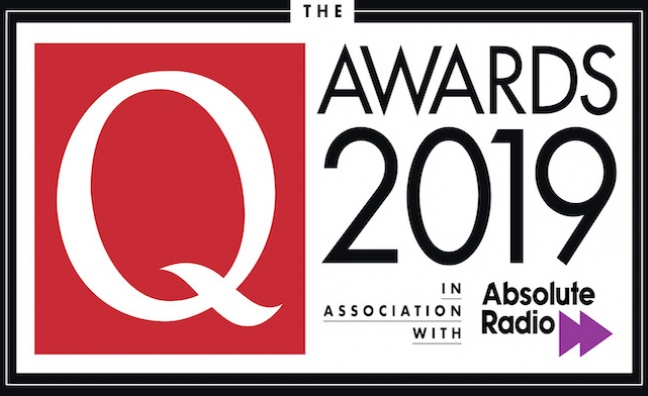 Q Magazine has today (July 26) announced that the 29th Q Awards will take place on October 16 2019 at Camden’s Roundhouse.

For the first time, the Awards celebration will double to two nights with the addition of an exclusive underplay gig by Biffy Clyro the night before at the Roundhouse on October 15.

A press release stated that other special guests are set to perform the post-awards gig and will be announced soon. Last year, the ceremony was followed by sets from Wolf Alice and Idles.

Speaking about the show, Biffy Clyro’s Simon Neil said: “We are delighted to announce we will be playing one of Q’s legendary awards shows.  And to return to the iconic Roundhouse - where we recorded MTV Unplugged in 2017  - just makes it even more special for us. It’s gonna be a lot messier this time though! Hail Satan!”

Ted Kessler, editor of Q Magazine, added: “We are all thrilled that a band of the size and stature of Biffy Clyro will be playing the pre-awards gig. To have a group more used to headlining arenas and stadiums cosying up to the crowd at the Roundhouse is an extremely rare treat and we can’t wait. I’m also madly excited about our line-up for the gig after the Q Awards themselves on the evening of October 16, but we’ll have to keep that one up our sleeves for a little longer. In the meantime, Mon The Biff!”

Tickets to attend the pre-awards gig night on 15 October with Biffy Clyro are available for pre-sale to Q subscribers, Roundhouse Members and Biffy Clyro mailing list recipients on July 31 and general sale will be on  August 2.

Details of the voting, shortlist, post-awards gig and awards tickets will be announced shortly.