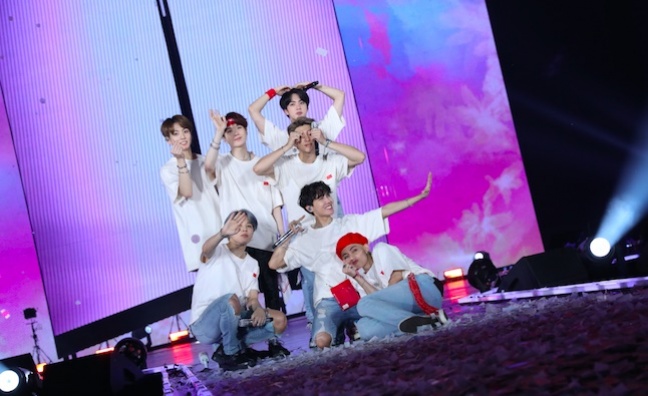 Released on August 7, the film has broken admissions and box office records for event cinema, with 2.55m tickets sold and $24.3m takings from box offices across 5,000 cinemas in 112 territories.

It reached No.9 in the box office chart on opening week in the UK and No.10 in America.

Earlier this month, South Korean music production, artist management and publisher Big Hit Entertainment revealed that it recorded an operating profit of 39.1 billion KRW (£139mil GBP) in the first half of 2019.

The company has also unveiled plans to develop a new "drama production based on BTS universe", which will debut next year.

Earlier this year BTS smashed merch sales records at The O2, while in February Maverick Management announced it had recruited Eshy Gazit who had worked with BTS in America.

BTS hit No.1 with Map Of The Soul – Persona earlier this year, the album has sold 71,230 copies so far, according to the Official Charts Company. The group have almost 15m monthly listeners on Spotify.