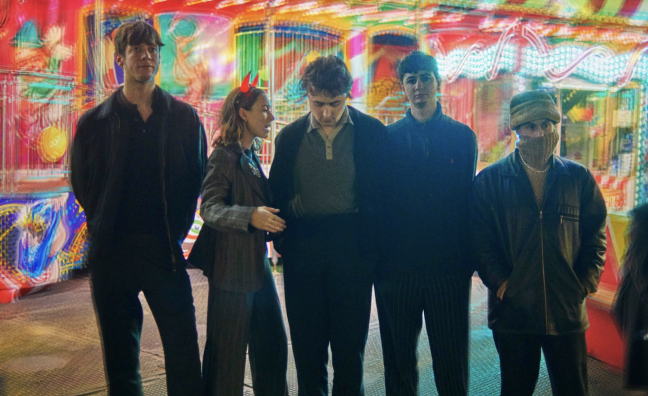 Thanks to lockdown, no one in the music industry has had a free breakfast for ages. Rumour has it that some execs have even been making their own toast.

Of course, this matters not a jot, but free pastries come to mind this week as tomorrow is the day the shortlist is announced for the Hyundai Mercury Prize 2020, the music industry’s latest attempt to cut through the doom and gloom of the news cycle with some positivity.

Only, this year, the industry will not be gathering in a central London hotel to cradle smoked salmon bagels and witness Huw Stephens chirpily run through the nominations in a nice shirt. We’ll be digesting them from home.

And, as Music Week research recently revealed, there may not be many in the business expecting a particularly strong showing from new artists, given that no debut charting album released this year has finished in the Top 100 sellers for the first six months of 2020.

But while the coronavirus has undoubtedly affected breaking artists, the Mercury shortlist offers an opportunity to show new music some love. And, given that the charts haven’t tended to matter too much to the judging panel historically, the Prize has a chance to highlight at least a couple of the eligible debut albums. So let’s hope they find space among the hot tips (Laura Marling, Dua Lipa, Michael Kiwanuka, J Hus, Charli XCX, Georgia, Kano, FKA Twigs, King Krule, Everything Is Recorded or even Harry Styles) for something new.

The panel might start with Sorry  (pitcured) and 925, released back in April on Domino. Scratchy and introverted, it’s a full and powerful statement from a band who’ve been building slowly for years. There’s a weight to the record of the kind BPI boss Geoff Taylor tends to praise when reviewing the shortlist each year. Island's chart-busters Sports Team have made an impact, too, as have The Murder Capital.

Their peers on the UK circuit (if we can still call it that) merit a shout-out too. Secretly Canadian have made a splash pushing Porridge Radio’s ragged indie, while the extremist noise of HMLTD and their long-awaited debut West Of Eden (Lucky Number) is worthy of attention, even if it’s hard to imagine it uniting the judges.

Westerman’s Your Hero Is Not Dead is a gentler and no less immersive offering, while Rina Sawayama’s Dirty Hit debut Sawayama took pop in a wonky new direction. Beatrice Dillon, Feet and Ider might be in the mix, too.

Then there’s the question of the big-hitting debuts, such as Sam Fender’s No.1 album Hypersonic Missiles, which has sold 164,785 copies (OCC). His labelmate Mabel could make the list too, her High Expectations debut hit No.3 last August and has 157,142 sales. Columbia might also point to Rex Orange County’s Pony, although that record (his third) is merely his major label debut.

The murk around what should or shouldn’t constitute a debut album could be brought into focus on this year’s shortlist, too. Consider the increasing impact of, for example, Headie One, M Huncho or D-Block Europe, three breaking UK rap acts who have probably influenced music culture over the past year more than anyone mentioned so far. Their tapes and others may have been considered, but perhaps their teams are waiting for the debut album ‘proper’, or are content not to bother at all.

But whatever the list brings tomorrow morning, why not revisit a recent UK debut anyway? There are plenty to choose from.