Viewpoint: Why it's important to invest in children's choirs 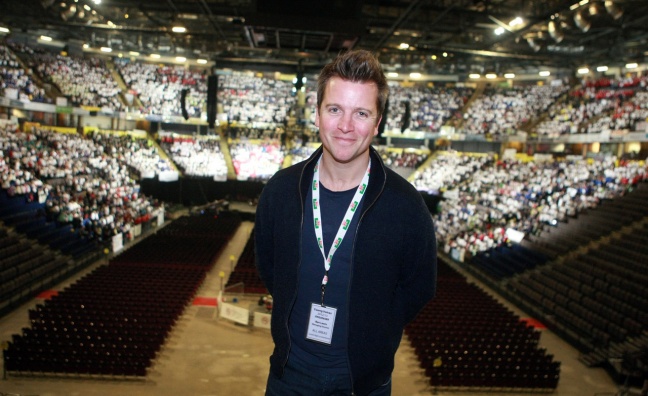 It seems a lifetime ago when my father, David Lewis, booked The Point in Dublin for a children’s choir concert with a difference. He had been planning an adult choral concert but when he was inundated with letters from schools requesting to participate he decided to give those schools an event entirely devoted to them.

The moment Ronnie Drew of The Dubliners stepped onto stage and sang I’ll Tell Me Ma with the 3,000-strong children’s choir it was clear that the impact of this project would be felt for years to come. The electricity of bringing thousands of children together to sing as one choir was something none of us present that day were prepared for and the feedback from the music teachers was overwhelming.

Even now, 20 years on and more than 100 Young Voices concerts under our belt, it never has any less impact because for the children, this is their day and the moment they get to let out all the nervous energy that has been building for months in rehearsals.

The benefits of singing together are well documented but the feeling is universal, from rugby supporters singing their national anthem to the crowd at Glastonbury having a sing-along with Lionel Richie; it is the sense of belonging to something bigger than yourself that creates memories that last forever.

The following year we brought Young Voices to the UK and the teachers instantly responded, signing up their schools and filling arenas in Manchester, Sheffield, Birmingham and London. Since then we have been staging these events annually and over two million children having taken part. More than 5,000 children perform each night, and Young Voices 2016 saw over 130,000 children perform to mark our 20th anniversary.

We now run Young Voices both in the UK and Ireland, as well as more recently in the US, Germany and Trinidad and Tobago.

The fundamental vision behind Young Voices has always been to introduce children to the widest possible spectrum of music whilst giving them the chance to sing in front of a sell-out arena audience with world class artists. By providing this opportunity we have been able to energize music teachers with engaging material that gives them a chance to really connect with their pupils.

Add to that a venue where all the biggest stars perform, production values of the highest order with sound and light from our friends at Britannia Row and PRG respectively, and you have an experience that is worthy of being these children’s first full-scale music event.

Unfortunately, music education has been underfunded for many years and working as we do across the UK we see some schools with incredible music provision whilst others have a serious lack of resources, all within the same area. It is more important than ever that the music industry and education providers work together in order to give young people the opportunities to find a place for music in their lives.

Musicians are primarily music lovers and it is our duty to back up our words, that children deserve the best possible introduction to music, with action.

Many children are put off music in their early years because of the poor way in which it is presented to them and the woeful underfunding that some music departments face. We need to elevate the position of music teachers back to where it should rightly be.

There is absolutely no point waiting for government to fix the problem. As a nation of music makers and music lovers it is up to everyone from educators to the industry, publishers, labels, artists and beyond to come together and inspire the next generation. We have all the tools; we now need to back the intentions with well-executed and sustainable projects.