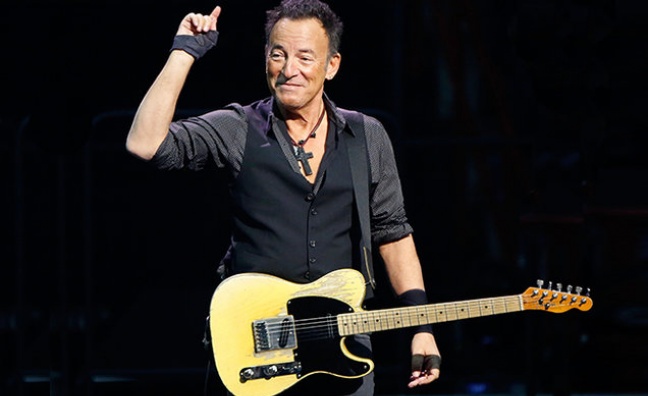 Bruce Springsteen has signed an administration deal with Universal Music Publishing Group (UMPG). It means Springsteen’s entire catalogue will be represented by a single publisher for the first time.

The exclusive agreement with UMPG will also cover future projects by The Boss. Springsteen’s catalogue was previously represented by Downtown Publishing in the US and Sony/ATV in the UK.

Under the new partnership, UMPG will be responsible for developing creative and commercial opportunities for a song catalogue going back 44 years. As well as enjoying huge success with albums such as Born to Run, Tunnel of Love and Born in the USA, Springsteen’s songs have been recorded by artists including David Bowie, Patti Smith and Neil Young.

Jon Landau, president of Jon Landau Management, commented: “After 40 productive years of working with the leading independents, it is now time for us to centralise Bruce’s publishing. UMPG combines putting the artist first with creating, leading, and managing the incredible changes occurring in the world of publishing. At this point in Bruce’s legendary songwriting career, they are an ideal fit.”

Jody Gerson, UMPG's chairman and CEO, added: "During a career spanning more than 40 years, Bruce Springsteen has amassed one of the most iconic catalogues of songs in the history of music. As an artist, his demand for excellence and his requirement for heart and passion in everything that you do is the standard for how we operate every day at UMPG. We are thrilled to put the entire global resources of our company into expanding the popularity of his music and creating exciting new fan experiences.”

Springsteen is signed to Columbia as a recording artist. His most recent release is Chapter and Verse (2016), a collection including early recordings issued as a companion album to the memoir Born to Run.