On The Radar: Dry Cleaning 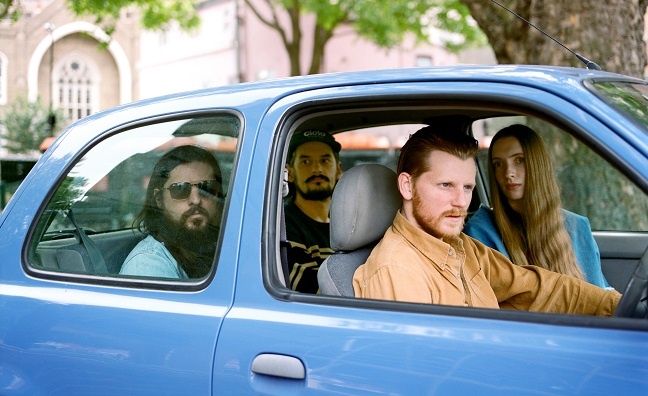 The impulse to collect is common – surely everyone reading this has some sort of ‘record collection’ – but aside from dictionary compilers, how many language collectors are there? Yet, for Dry Cleaning singer Florence Shaw, it was words and not bottle tops or postcards that ended up as her most prized items. “I used to collect words just for the sake of collecting them, it really was like collecting pencil tops or something,” she tells Music Week from a service station forecourt outside Leeds en route to a gig. “Just things I saw which I thought were funny, interesting, sounded nice or were just strange. I’ve done it for a long time but I didn’t do anything with the words, I’d just keep them in my phone.”

Initially, the Royal College Of Art graduate opened her word vault to add text to her acclaimed drawings, however, after three of her friends decided to form a band, the words have been pressed, reluctantly at first, into a new use. Bonding over doing Deftones’ Minerva at karaoke, bassist Lewis Maynard, drummer Nick Buxton and guitarist Tom Dowse wrote a bunch of songs together, but were struggling for a singer until they had the idea of approaching their artist friend.

“They’d done some demos on a phone that Tom played me in a pub. I was talking over the top of that saying, ‘This is nice’ and he just thought: ‘Florence talking over it sounds cool!’” laughs Shaw of her recruitment. “My feeling was, ‘That’s a crazy idea, no thanks,’ but I didn’t actually say that. Instead I said ‘Er, that’s interesting...’”

In fact, with a recent break-up fuelling a devil-may-care outlook on new experiences, and despite some serious stage-fright, Shaw opted to join her friends. Then, in finding her voice, Shaw’s experience of lecturing at universities led her to add wry, spoken word vocals to the South Londoners’ chiming indie. “I try to not take myself too seriously, my delivery is how I speak anyway,” says the singer of her vocal approach. “I don’t ever want to sound definite. I want there to be a question mark about things so it’s an invitation for people to make up their own minds. I like to think it’s generous, I don’t won’t to preach to anyone.”

Subjects for consideration on the band’s recent debut EP Sweet Princess include phone scams, dates, new jobs and Meghan Markle, as Shaw weaves monologues around words unearthed in Daily Mail articles, YouTube comments and everyday conversations. “I go through phases where I look for words,” she explains. “It’s conversations with friends at the moment, but at the start of the band I was looking at a lot of music online, but my eye would drift to the comments. I was thinking, ‘What the hell are our songs going to be about?’ then I was looking at these comments, so it all fed into it.”

This approach has gone down well. Having enjoyed a busy run of summer shows – hence the service station pit stop – Shaw says she is yet to be heckled onstage, although this has not completely calmed her performance nerves. “I am still scared of going onstage, but it’s healthy, it fuels things,” she suggests. “If I was more comfortable it would probably be boring. The mild terror gives me something to chew on.”