Birdy: 'I feel lucky to be so young and to understand the industry already' 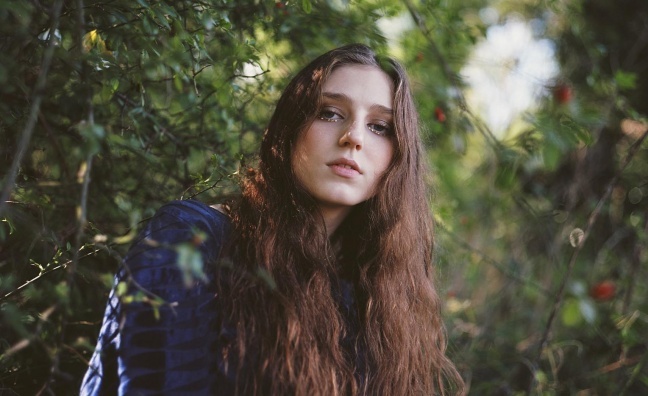 Jasmine van den Bogaerde, better known as Birdy, has spoken to Music Week about the making of her new album, getting to grips with the music industry at a young age and taking control of her music.

Birdy began her career with the well-known cover of Bon Iver’s Skinny Love in 2011. The single was used in TV series The Vampire Diaries and Prisoners’ Wives, kick-starting a career that’s seen high-profile sync deals get the music out to the public while its creator is able to shy away from the limelight.

“I’ve had everything happen very gradually,” the singer tells Music Week. “I’ve gotten used to doing interviews and travelling; I had my parents with me ‘til I was 18. That was me getting used to it.

“Now, I feel quite lucky to be so ahead, so young, and to understand the industry already, much more than I would’ve if I started now. I can be more of a grown-up and take more control of my music. It’s a good feeling.”

The single debuted within the Top 40 at No.25, going on to peak at No.17. At the time of writing, it has to date sold 744,502 copies, according to Official Charts Company data.

Paul Samuels, A&R at Atlantic Records, says: “When she made the first two records, she was so young - the first one being when she was, like, 14 years old and filled with very cool covers. The record exploded and it was a really amazing choice of songs, which she had massive involvement in picking, and how to deliver them.”

He is also open about the fact that Beautiful Lies has been considered as “the first Birdy album”, compared to the debut, which was a collection of coverts, and the second one being “a little over-blown and pompous”. He adds: “It sets us up for a very long career for Birdy - that was the whole point of this record.

You can read our full interview with Birdy here and in the latest issue of Music Week. Subscribe here.