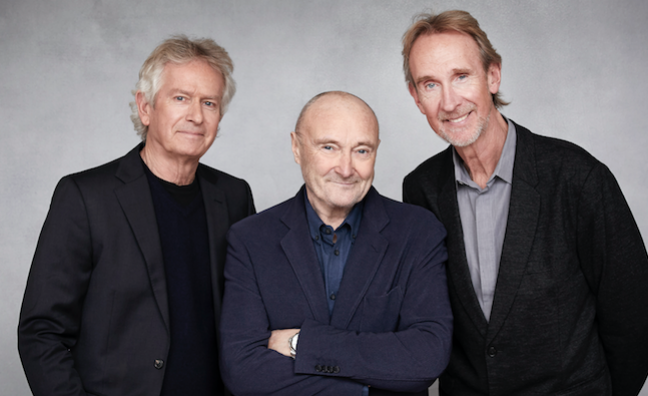 Genesis have announced plans to reunite for their first tour since 2007.

Phil Collins, Mike Rutherford and Tony Banks have revealed details of a new arena run kicking off in November at Dublin’s 3 Arena and concluding at Glasgow’s SSE Hydro in December. Live Nation is promoting the shows.

The Last Domino? tour is the group’s first outing since Turn It On Again: The Tour in 2007. Drummer Nic Collins and long-time guitar and bass player Daryl Stuermer will form part of the live band.

BBC Radio 2 teased the big reveal yesterday, with the group appearing on Zoe Ball’s Breakfast Show to break the news this morning (March 4).

Rutherford told listeners: “It feels great, it feels the right time, we’re looking forward to doing it. A lot of our contemporaries have been playing a lot – we’ve done two shows in the UK in the last 28 years.”

Tickets go on sale at 9am on Friday, March 6. See below for the full run of dates.

There are no plans for new Genesis music at present, while the group’s last album was 1997’s Calling All Stations, which has 96,449 sales according to the Official Charts Company.

The biggest-selling Genesis release according to OCC data is Turn It On Again: The Hits, which as sold 636,189 units since its release in 1999.