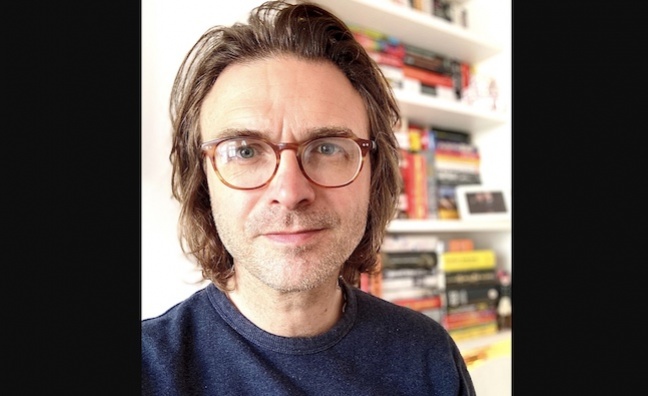 Nine Eight will publish memoirs, social histories, genre explorations and first person oral narratives. Titles acquired for publication in 2022 include a memoir of “triumph, tragedy and high comedy” fromWorld of Twist’s Gordon King, along with an in-depth profile on the Bee Gees by Bob Stanley (acquired as part of a three-book deal) and the “searing” autobiography from musician and legendary former Lush frontwoman, Miki Berenyi.

There’s also a forthcoming title by Nadine Shah, which ruminates on grief, fame and human behaviour in “hilarious but heartwrenching fashion”, according to the publisher. Among the first books to be published by Nine Eight are Mark Blake’s The A-Z Of Queen (November 2021) and Being Britney: Pieces Of A Modern Icon (Q1 2022) by author and cultural historian Jennifer Otter Bickerdike.

Music Week has reported on the growing opportunities for artists and labels in book publishing. Here, Pete Selby reveals his plans for the music list and opens up about how artists can embrace the literary world as part of a wider campaign strategy…

What are the ambitions for Nine Eight Books – was there a gap in the market for a new music list?

“There have been some brilliant music books published in recent years which have really helped drive the growth of the sector as well as consumers’ ongoing faith in quality music publishing. Some of this is a generational thing – with artists who found fame in the ’80s and ’90s being at a stage in their lives where they’re ready to tell their stories – but also, more recently, there has been a shift in readers habits. With long running and cherished music magazines closing down, there are not only many fantastic music writers in the marketplace but also a number of dedicated and curious music fans who are still really interested in accessible long form reads.

“The ambition for Nine Eight is to help serve those all of those needs and do so – like the best magazines – in an inclusive way. I’ll never tire of using Smash Hits as a benchmark for all round general greatness, but you used to be able to flick through the same copy in the mid-’80s and read about Echo And The Bunnymen and The Cure alongside Bananarama and Wham! And the enthusiasm for each band was just as infectious. It was just about brilliant music and everyone was welcome, whatever your taste. The best record labels do exactly the same thing. As a publisher, and as the list starts to build, I’d like Nine Eight to have the same feel. I certainly believe there is room in the market for an imprint with this ethos.”

You're launching with books about Queen and Britney Spears – does that show the range of your publishing plans?

“For different reasons, Queen and Britney are both huge, iconic artists – and both with fascinating, enduring stories that are continuing to evolve this far into their respective careers. The trick with both of these books – and indeed any of the books about the bigger heritage acts that we’ll be publishing – is to explore the story in new or interesting ways. Find different perspectives – or structures – that keeps the narrative fresh and insightful but also entertaining. Mark Blake is obviously a very seasoned and trusted author and he’s retold the Queen story in a really detailed but playful manner. It completely works for the band. And Jennifer’s Britney book is shaping up to be an incredible read. She’s taken the story apart and rebuilt it using so many fascinating perspectives that previous Britney narratives have just ignored.

“But Nine Eight will be far broader in scope than just these huge, global acts. It will also be a home to leftfield artists and mavericks who, for whatever reason, didn’t quite scale the same dizzy heights but still leave behind an incredible musical legacy or just have wonderful, rich stories to tell. One of the artists I’m most proud of signing is Gordon King from World of Twist. Arguably one of the most underrated UK bands of the past 30 years, but utterly and fiercely beloved by anyone who bought their records or saw them live in the ’90s, and I include myself in that. Gordon writes about the band with such warmth and humour and it’s a story that lurches from high comedy to tragedy as existing fans will know, but it’s also going to open the band up to a whole new generation of converts. I’ve been waiting for this story since I was 18. Maybe it’s a bit like George Harrison setting up Handmade Films just so he could watch Life of Brian – Nine Eight exists so I can read the definitive World Of Twist autobiography!”

There’s a great opportunity to deliver completely immersive, joined up campaigns around the launch of an artist’s memoir

Bob Stanley's music history Yeah Yeah Yeah was a seminal work – how significant is his three-book deal for Nine Eight?

“Bob signing to Nine Eight in a multi-book deal – starting with the Bee Gees in 2022 - is an incredible coup. He is objectively one of the greatest music writers of the 21st century. Bob was also one of the first authors I signed last year, which really helped give me the confidence and impetus that we could make this work and quickly established that we were taking things seriously. We’ve worked together before on the Own Label vinyl series at Sainsbury’s, and he was really encouraging about the imprint when it was just an idea on a piece of paper. And, of course, there isn’t anyone serious about music writing who wouldn’t want him writing for them, so the fact he had such faith in what I was doing to sign up to three books is quite an honour.”

As well as being acclaimed songwriter, Nadine Shah has become an important voice for artists who are questioning the financial returns from streaming. Given her growing public profile, what are your hopes for the book?

“Nadine is just an incredible artist. And she just keeps getting better with each record. You also get the sense that she’s right on the precipice of crossing over to a more mainstream audience and I think her next album is just going to explode. She is forthright, painfully honest and completely single minded-ly focused on what she is doing. But what I really love about Nadine is that she is hilarious. And her book is really going to capture this unique voice. It’s going to examine fame and grief and human behaviour in a heart-wrenching fashion but it’s also going to be funny and jaw-dropping. I fear our lawyers are going to have a field day with the manuscript! It’s going to have genuine water cooler, crossover appeal.”

We've seen the success of memoirs by musicians from the alternative scene (Viv Albertine, Brett Anderson, Kim Gordon, Cosey Fanni Tutti). How will readers respond to the book by Lush’s Miki Berenyi?

“I believe it’s an objective truth that the best books from the alternative music scene over recent years – actually, any scene – have been written by women. It’s like the traditional male rock n’ roll narrative has finally been repointed and it’s one of the best things to happen to music publishing this century. We’ll absolutely play our part in continuing to drive this forward at Nine Eight. And to that end, Miki’s was the right at the top of my wish list and the first author I met for a coffee last summer. She’s such an iconic musician and she has an incredible story. In the light of the industry questioning some of its previous morals and motives with the overdue hindsight of 2021 vision, it’s also one that seems even more pertinent now. Viv Albertine’s Clothes, Music, Boys is the perfect comparison – a raw and honest reflection of growing up and life in a band in a male dominated industry. Various members of groups on the 1992 US Lollapalooza tour may want to avert their gaze.”

As artists look to further diversify income streams, what are the opportunities in book publishing?

“The past 18 months have clearly been devastating for the majority of working musicians – the revenue challenge that streaming presented was barely propped up by live, and with that having been taken away for the best part of two years, it’s obviously a terribly worrying time for many. Like everyone, I just want to see artists playing live again or back in the studio, doing what they do best. But I’ve also spoken to various musicians over the past year who are now actively pursuing publishing opportunities as both a viable creative and financial subsidy. We’re absolutely here for those conversations.”

How can a memoir dovetail with a music campaign – does it bring new promotional opportunities in terms of media and events? How will social media amplify the campaigns and drive engagement?

“I think there’s a great opportunity to deliver completely immersive, joined up campaigns around the launch of an artist’s memoir. I am already speaking to a number of record companies about how we bring that to life in a meaningful way. It’s great for the artist, media and retail, with pooled resources being able to deliver that promo impact in a really creative manner. It’s really important to me that we manage to create a real sense of community at Nine Eight with regards to how we talk to our readers and listeners. How we engage particular artists communities via the relevant targeted channels will also be a big part of that. I believe that working alongside labels and management should be an essential part of the campaign planning process. Everyone benefits from being stronger together.”

Finally, are there any musicians on your publishing wish list?