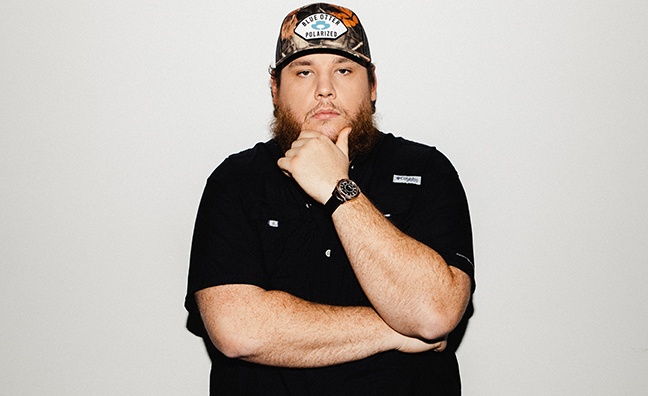 In Music Week’s recent Nashville special, we took an in-depth look at the world of country music. Leading our coverage this year was Luke Combs, an artist who, in the space of just a few years, has become one of the biggest country artists in the world.

Not only did Combs’ 2016 debut This One’s For You go triple platinum and become the most streamed country album of 2019, it also tied Shania Twain’s record for the longest reign at No.1 on the Country Albums Chart, spending 50 weeks on top. While its follow-up What You See Is What You Get is only a few months old by comparison, since its November 2019 release it has already hit No.1 on the all-genre US chart and enjoyed the largest streaming week for a country album ever. Combs now has over five billion streams to his name.

Alongside speaking to Combs about his remarkable journey so far, we also spoke to River House Artists’ Lynn Oliver-Cline who, alongside Chris Kappy, co-manages Combs and Randy Goodman, chairman & CEO at Sony Music Nashville.

Here, in an unread extract from our interview, Oliver-Cline gives us her take on how Luke Combs became a superstar …

You’ve described Luke as “the American dream” and already stressed the quality of his songwriting and voice, but what else do you chalk his extraordinary success down to business-wise?

“We've really been able to stay ahead of the market, because we listen to his fans. We just give them what they want. We don't second-guess things. Sony – who are such amazing partners – don't second guess us, and we don’t second guess Luke. At shows he sings [unreleased] songs – if the fans want it, we record it and put it out. We try to stay ahead of it. Beautiful Crazy and Beer Never Broke My Heart were living out online for a year before we even released the master recording. The fans feel like they’re in with us because, quite frankly, they are.”

Luke's latest album has already broken records, what is left to do on this campaign?

“We don't ever plan on getting too comfortable. I think it's about expanding and to just continue to be a global touring act. I don't think he'd ever been on a plane when we met, and now he’s travelled the world twice and he’s got that itch, he loves it. People are so passionate about the music, and that's contagious. A lot of his stuff has been rowdy, it's a party album, but I think there's a very deep side to him, there's a lot of deep songwriter stuff on there that will probably come out. Our plan is to keep releasing great music and keep touring.”

What do you admire most about Luke?

“His talent. And, honestly, he’s such a good human being. He’s so level headed and grounded. His gratitude is genuinely there, it really is. He really just wants to spend time with his fiancé, his friends, go fishing and play with his dog. The fact that he can do that and still do what he loves is all that matters to him.”

Finally, what is it about your personalities that work so well together?

“We really earned his trust. Everything that we said we would do, we've done. It obviously happened a lot faster [that expected]… I always knew it would happen, I didn’t know it would happen as fast. It partially has to do with the fact that he really, really, trusts our plans because everything we thought would come true, has, and more. But also, we listened to him. We really talk things through and we've educated him throughout process, we haven't just said, ‘Hey, you're gonna do it this way.’ It’s, ‘Hey, we're gonna do it this way <because>…’, so he feels like he knows why he's doing something and why it's important...”