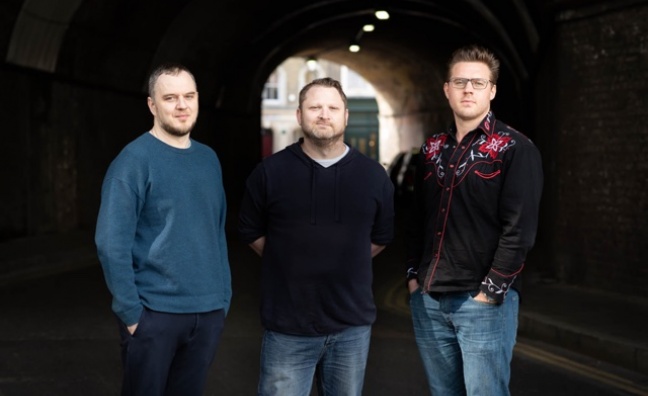 The platform is said to be capable of handling an infinite type of contract variables and able to ingest an unlimited number of income statements each month. It is compatible with every possible data format and size and takes all variables into account, collating information from a variety of different distributors and income sources.

Leach, who left his role as ADA’s digital sales and strategy director to become Curve general manager, said: “Over the 15 years I have worked in global distribution of independent labels and artists I have seen time and again how the task of royalty processing can hamstring businesses, damage client relations and burn out staff members.

“The Curve platform is a best-in-class tool that I believe sets a new bar for clear reporting to labels and artists and alleviate the pressures of timely statements and payments. I am so excited to work with Tom and Ray to bring Curve to market to help the industry thrive in the digital age.”

Artists are provided with a permanent login, giving them instant access to their statement balances and analytics. Users are able to identify growing and low-performing income areas, with data broken down into categories such as territory, usage type and source.

Technology director Allen, who was previously digital distribution manager at Essential and founder of digital development consultancy Metable, is lead architect, while Bush, who founded The Music Royalty Co. and met Leach and Allen while running the royalty team at Cooking Vinyl and Essential, takes on the role of finance director.

“After several years using flawed expensive systems and frustrating support desks, the natural step was to engineer a system to remove all our pain points and help us scale the business," said Bush, who is also finance director to Cooking Vinyl and Fat Cat. "Having Curve has completely changed the way our business operates. Fast processing speeds, more client and artist transparency, no system bugs and less staff performing mundane jobs. Curve is the perfect royalty software partner.”

The founders spent two years developing the software and migrating over The Music Royalty Co.’s 75-strong client list ahead of launch. The platform is built for all business sizes, from small to enterprise level, with whitelabelling available for larger companies. Statements are produced instantaneously following a swift processing cycle.

Craig Dawson of Hospital Records/Songs In The Key Of Knife, said: “We moved to Curve in 2018 and were immediately impressed with the usability and transparency of the platform. The switch and onboarding process was seamless thanks to Tom and the team’s prompt help. The speed of reports and sales uploads have improved the efficiency of our royalty department.”