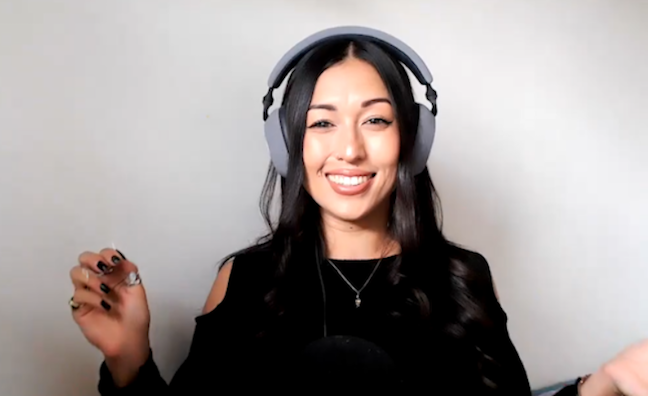 This week The Record Club is celebrating its first birthday in partnership with Bowers & Wilkins, as more than 25 episodes have aired since the livestream celebrating new music first aired last May.

Launched by Record Store Day, National Album Day and OfficialCharts.com during the pandemic, the series was started to help give support to new albums and independent record stores during the nationwide lockdown.

Artists that have been involved with the show include Phoebe Bridgers, Tom Grennan, Evanescence, Paloma Faith, Rina Sawayama, Pale Waves, Sophie Ellis-Bextor, McFly and more. The show is presented by BBC Music’s Jess Iszatt on Facebook as a bi-monthly live series for fans to tune in and find out more about the new albums.

On the show, Iszatt said: “I think it’s really important to celebrate the album as a body of work - especially these days when music has become so accessible online, nothing beats the hard copy after artists have grafted so hard on creating a project! And of course having something tangible for us fans of music is a huge thing. From speaking with some of the biggest artists in the world to acts who are releasing their debut, it’s been a total honour and so amazing to meet artists at all points in their journey!”

Of these albums featured, three have got to No.1, eight have been bestsellers of the week in UK independent record shops, while 18 have reached the Top 10 in the Official Albums Chart, and some of the artists featured going on to be shortlisted for the Hyundai Mercury Prize and The BRIT Awards.

Before each episode, the Official Charts, National Album Day and Record Store Day would spotlight the album featured across their social media platforms (comprising of 3 million collectively) to encourage their audience to buy the album from a local record shop or order online ahead of the artist interview on the show. The artists were also encouraged to talk about their favourite record store and answered questions submitted by UK record store staff.

Bowers & Wilkins joined as The Record Club partner in October of last year, who furthered the outreach of the show with its 400,000 followers, and contributed a set of PX7 noise-cancelling headphones for a competition prize, every episode.

Vice president of brand marketing, Bowers & Wilkins, Giles Pocock, said: “It’s been wonderful to see The Record Club support so many great album releases throughout this challenging year. We are proud to support this great project, celebrating the creativity and craftsmanship of the album format.”

The Record Club series will continue this year on every other Wednesday at 6:30pm BST, and is available to watch on The Record Club, Official Charts, Record Store Day and National Album Day Facebook channels.