'Let's see what people do': Shola Ama on the legacy of Black Out Tuesday 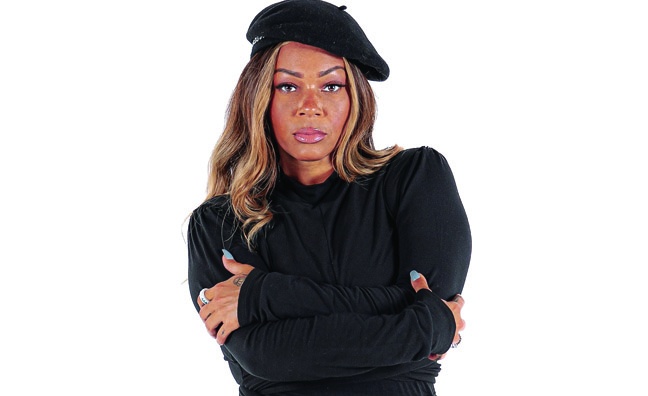 Singer Shola Ama was still a teenager when her Top 5 smash You Might Need Somebody became one of 1997’s biggest hits. Here, she discusses the legacy of Black Out Tuesday, being labelled ‘difficult’ and why unity holds the key to the future...

What’s been your experience as a black woman in the music industry?

“Because of my success, that probably protected me from feeling it as much as my counterparts. I remember coming up there were a few of us young vocalists at the time – some amazingly talented girls: Elisha La’Verne, Celetia, me, Kele Le Roc – we were all on the circuit at the same time, but when You Might Need Somebody came out my career path changed quite quickly. When you’re doing well, people just treat you differently unfortunately. The biggest [racial issue I remember] wasn’t towards me directly, it was towards my mum. My mum’s a black woman and I’ve been raised by a family of black women – my mum’s Dominican/St Lucian and I was raised in the house with my granny. I had a video shoot and I was on set working. My mum had turned up to see me but I don’t think anyone knew she was my mum. I remember when I came off the take she was extremely upset. Basically, they’d ushered her out the way but were really rude to her – like, ‘What are you doing here, why are you on the set’.  When they found out she was my mum everyone was fine, but I remember her saying to me how she felt and how upsetting it was at the time. For me that was the biggest thing. I would experience it more travelling abroad; working with people and things they might say that we tend to easily excuse sometimes. Kwame Kwaten [founder, Ferocious Talent Management/vice-chair, MMF], who helped me begin my career, calls it the ‘quince’ – the ‘quick wince’ – where something uncomfortable is said and you don’t know what to do with it so you do the quick wince to keep it moving, when really it should be challenged.”

When did you become aware of light-skinned privilege in the industry and did you always acknowledge it openly?

“I don’t think I did acknowledge it openly, it was more of a personally-noted thing. You look around at the people that are successful alongside you and see who’s getting the front cover of young magazines at the time. In terms of the pop culture side – Smash Hits and Top Of The Pops – when you look around and see who’s being pushed, it’s noted because you don’t see a lot of darker faces – there might be one girl in a group. It’s definitely felt, especially when you know you’ve been working with these people, coming up together and see who comes through. It definitely makes sense.”

Change needs to happen, not just look like it’s happening

Keisha Buchanan from Sugababes spoke about being painted as ‘the bully’… what’s your take on how black female artists are portrayed in the press, or music videos?

“I’ve had that pretty much my whole life. For me, it’s cultural. A lot of my white friends growing up would think I was aggressive. To me it’s not aggressive, it’s how we communicate and speak, we’re quite direct. I know I was definitely labelled difficult, but I think I was difficult because I had a lot of personal struggles going on and didn’t know how to handle the success at a young age. That made me behave in a spoilt brat kind of way, I think out of fear. So I know I was definitely labelled difficult but also I think that comes with being a woman, especially if you want to be in charge. I don’t think it was ever said to my face, apart from when those who cared about me would say, ‘You need to get it together, this is not acceptable behaviour.’”

What are your thoughts on the latest industry initiatives and pledges, from labels and organisations, following Black Out Tuesday?

Finally, what do you want the future to look like for black female artists?

“I would love to see more unity amongst all of us. Because there’s so little space it can create a competitive nature. I get along with everybody but sometimes because there’s so little space for us to coexist, everyone’s closed off and to themselves. Unity needs to happen first. Carla’s been doing this for years, she really has. She was one of the first people to create a platform with that in mind. With more of us coming together, it can only get better.”