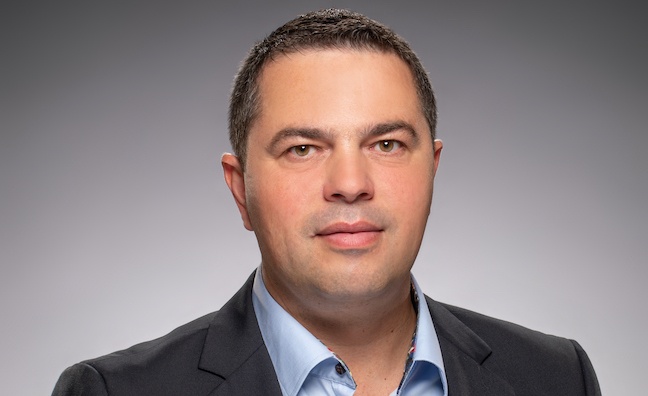 Adrian Ciepichal has been appointed as managing director of Warner Music Poland.

Warner Music Poland’s position was boosted after the acquisition of the country’s most iconic label, Polskie Nagrania, in 2015. Key artists on its domestic roster including Baranovski, Dawid Kwiatkowski, Mela Koteluk, Natalia Szroeder, Smolasty and Sylwia Grzeszczak.

The Polish recorded music market is still going through a digital transition, with IFPI reporting that subscription streaming revenues increased by almost 63% in 2020.

Warner Music Poland also works with the leading Romanian artists Minelli and Roxen, who have attracted fans across Europe and beyond, through its collaboration with Global Records, its local licensee in Bucharest.

In his new role, Ciepichal succeeds Kinga Siennicka, who left the company earlier this year.

Adrian Ciepichal said: “It’s a great privilege to lead the talented team at Warner Music Poland. We’ve got a growing local roster, which I hope to strengthen in the years ahead, and a strong track record of introducing great artists from around the world to Polish music fans. There’s still so much untapped potential in the Polish music market as we continue our digital transition, it’s a truly exciting time to be in our business.”

Alfonso Perez-Soto added: “Adrian is an executive who has a reputation for championing artists and helping them to build lasting careers. He’s been a pioneer in the Polish digital music market and has an innovative and entrepreneurial mindset that’ll help drive business opportunities for our artists. Poland is a key market for us, with a huge potential for further growth, so it’s great that our business there is in such capable hands.”

Ciepichal has worked in the entertainment industry for 20 years.  He joined Universal Music Poland in 2008 as head of digital. He moved to digital music service Tidal in 2013, becoming general manager for Central and Eastern Europe.

In 2018, he was appointed CEO of e-Muzyka, where he launched a local music streaming service, as well as securing partnerships with international DSPs. He also launched a service to enable independent artists to directly release music and oversaw the company’s overall artist relations activity.