Bob Geldof: 'Nigel Grainge made you feel anything was possible' 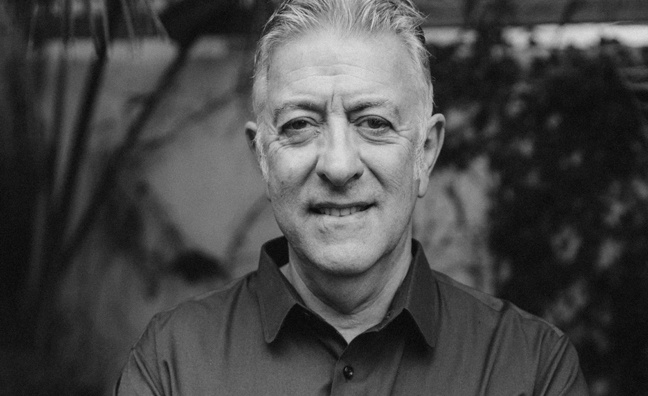 Music icon Sir Bob Geldof has spoken to Music Week about his relationship with friend and mentor Nigel Grainge, who passed away last week at the age of 70 following complications after recent surgery.

Grainge, the older brother of Universal Music boss Sir Lucian, began his music career in the 1970s and went on to sign and develop a range of artists from Sinead O'Connor to The Boomtown Rats, Thin Lizzy, The Waterboys, 10cc, World Party, Steve Miller Band, Eddy Grant, The Blue Aeroplanes, and Graham Parker & The Rumour, among many others.

Having played a pivotal role in launching the career of The Boomtown Rats, Grainge and frontman Geldof remained friends over the past four decades. And, according to Geldof, his career would never have been the same without Grainge’s vision or support, after the band signed with his label Ensign.

“He loved the demo tapes when he heard them and went nuts,” Geldof told Music Week. “So he came over to see us at Cork University and he loved it. Backstage all he did was talk about music with us. He talked about R&B, the blues and asking if we knew this and saying we should do a version of that. He played records to us all the time, plus there was the fact he was staring his label, was just starting up, and he needed us to be a success for him to be a success. He absolutely needed us to break.

“It was Nigel who brilliantly spotted – this is his skill – this little band out of Dublin with this very mouthy singer,” Geldof continued. “The press used to say, Who are these fuckers? What is this terrible noise they’re making? Nigel just got it and liked me giving it plenty of mouth!”

Geldof also noted the fact that, in his eyes, Grainge wasn’t, on the surface, the most obvious person to drive the Boomtown Rats into the mainstream.

“He looked uncool, and that manifested itself in his support for his really shit football team, Arsenal, which is unfortunate, but what he had was impeccable music taste,” Geldof laughed. “That is where his taste shone through. And there was his family history. His dad owned the first record shop in North London and his little brother was this kid he dragged around to Rats gigs picking his nose called Lucian. He was just bringing his whole family into this thing he did.”

During the band’s formative years, Geldof claimed that it was Grainge’s passion and belief that allowed them to evolve from a group of young upstarts into one of Ireland’s most recognisable outfits.

“He was such an enthusiast it was infectious,” he continued. “He made you believe anything was possible. He always remained the perfect sounding board. But it was awful going to play him your tracks. Seriously awful, because he’d just go, Next, if he didn't like it. Then he would look up with a slack jaw and his eyes wide open and he’d go, I don’t fucking believe it! Or just definitively, That’s a smash. But best of all, he’d say, That’s a hit, but not like that. That’s what he said with I Don’t Like Mondays. I’d written it as a rock song but I played it to the band as a reggae track, and he heard it and came in and asked what it was. I said, Ah, it’s just shit. And he goes, That’s your next No.1. I said, Oh fuck off, it’s at best a B-side, to which he said, That is your next No.1 but not like that.

For Geldof, Britain has lost one of its most influential and talented executives in Grainge. And, he said, his personal debt to Grainge is one that “can never be repaid”.

“I don’t know what this errant, mouthy, knobhead paddy would have done had Nigel not come along and hit me with the record stick,” Geldof said. “God knows what would have happened to me or the other guys. When I got the news I walked out of my house in Kent and it was a beautiful evening and I thought, I have this because of that guy. Literally it is that direct line in telling me what I had to do. He just understood that something could be made of this. And then for him to be a friend… It was just a privilege knowing that man.”

Away from the Boomtown Rats, Geldof also recalled one of his most recent memories of Grainge: “When I got married a couple of years ago we were all in the south of France. Obviously we invited Nige. I had the sort of rock’n’roll people all together on one table and it was fucking hilarious. He was really holding court. A lot of the players got up and we played on a little stage, and Nigel was right at the front watching. It was a racket and we were all completely pissed, but he was just in heaven.”

You can read more tributes from artists and executives in the new issue of Music Week, out today.