Major label execs and industry figures on the future of HMV 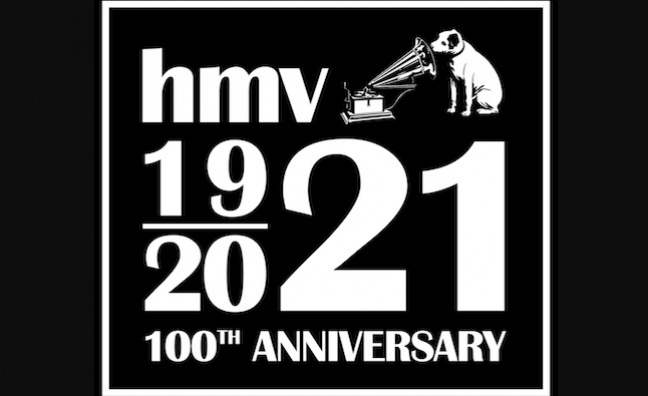 This week we’re celebrating the 100th birthday of HMV.

Execs, artists and broadcasters have already been sharing their memories of the entertainment chain, including in-store appearances from David Bowie, The Shires, Stormzy and Madonna.

Music Week marked the anniversary with a special eight-page feature in which we spoke to the HMV leadership team, including owner Doug Putman.

Now, with the stores reopened and able to stage events again as Covid restrictions are lifted, the centenary is an opportunity for HMV to reach new audiences and build market share at a time when supermarkets are getting out of physical music.

“It is a huge moment for HMV and we are fully engaged in supporting them,” said David Hawkes, president of Universal Music UK’s Commercial Division. “We’re always speaking with them about how we can boost their retail offering whether that be by exclusive titles or looking forward to the return of artist in-store appearances.”

HMV is rolling out its range of centenary vinyl with support from the labels during the centenary.

“It’s a really good news story for retail which isn’t something that you have heard recently, and 100 years is something to be celebrated,” said Charles Wood, Sony Music UK’s VP of market planning & media. “We are providing some really strong product for them.”

“HMV's online performance throughout the pandemic impact is a perfect demonstration of the strength and resilience of the brand,” said Derek Allen, SVP, commercial at Warner Music. “A huge fanfare celebration around its centenary can only be a massive positive, both for Doug’s business and the industry.”

Despite the industry’s shift to streaming, there’s widespread agreement across the industry that HMV needs to continue as a High Street presence.

“So much of modern entertainment retail and in-store promotion has been shaped by HMV – much more than it’s ever given credit for,” said former staffer Gennaro Castaldo, now BPI communications director. “Obviously that doesn’t give it a right to continued success in future – it has to remain relevant and provide an experience and service that customers want and need, but I believe it’s doing just that and is well placed to trade well into its next 100 years.

“Fans have never had more choice in terms of how they discover, access and collect the music they love – we are in a golden era where streaming and physical formats, especially vinyl, complement each other. This means there is space for different retail models to co-exist and even complement each other, and definitely for a specialist chain like HMV given its incredible heritage alongside the thriving indies – in the High Street and online.”

Bring Me The Horizon went digital-first on their recent campaign, but manager Craig Jennings, CEO of Raw Power, also highlighted the key role of the last music chain - which just happens to have opened a new branch in his home town of Solihull as well as the nearby HMV Vault

“I think we need a strong HMV to continue the proud tradition of music being sold on our high streets,” he said. “We have the huge new flagship store in Birmingham, which I’m very proud about.  Long live HMV, a huge musical institution and the rite of passage for many record buyers, young and not so young.”

Proper Music Group, which has been growing its physical business, is a key music supplier for HMV, including deluxe BTS releases which can help boost the market.

"HMV has grown to become a trusted pillar of our High Street, drawing people in for a music experience they weren’t necessarily looking for when out at the shops,” said MD Drew Hill. “Nothing compares to digging through classic albums or discovering the best new releases in the racks – usually aided by experienced staff — which often leads to extra incremental spending. Losing 100-plus stores would considerably reduce the visibility of physical music in our daily lives, and could risk consumers falling out of the habit of buying."

“HMV has a strong tradition of High Street retail in the UK, and the fact that it continues to have a presence is a positive thing,” said Rough Trade co-owner Stephen Godfroy. “In terms of representing culture on the High Street, that principle alone is very important.”

Graham Jones, Proper Music Group sales representative, is also a former HMV staffer. And he devoted a chapter of his authoritative (and highly entertaining) book The Vinyl Revival to the famous music retailer.

“HMV is one of the great British brands,” said Jones. “The pleasure it has given us  for 100 years is such that it should be held in the same regard as HP sauce, Heinz baked beans, Marks & Spencer and the Mini Cooper. We should cherish the brand and recognise the joy it has brought to millions of music fans.”

Subscribers can click here to read our HMV feature.

Click here for the industry’s HMV memories on the 100th birthday.