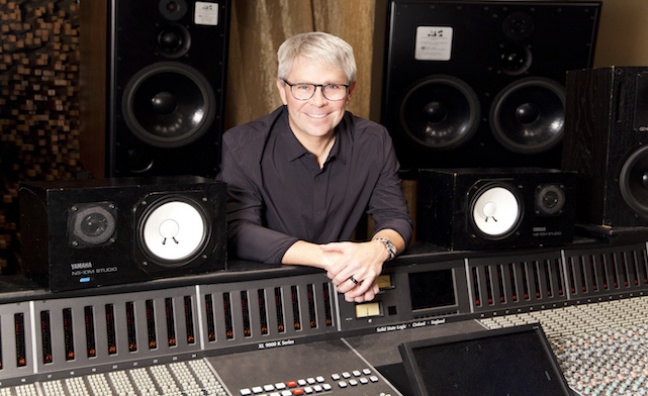 Big Machine Label Group president/CEO Scott Borchetta has announced that Jimmy Harnen has signed a new long-term deal with the company and has been promoted to BMLG Records president/CEO.

According to an official press release, under the agreement Harnen will continue to oversee the BMLG Records’ roster of artists including Florida Georgia Line, Lady Antebellum, Brett Young, Danielle Bradbery and Riley Green.

Speaking about his appointment, Borchetta said: “I am so proud of what Jimmy has helped to build at the Big Machine Label Group. He and I have been breaking acts and making hits together for the better part of the last 20 years. I’m thrilled that he’s committed to continue to lead BMLG Records as he’s been an integral part of the overall success. His passion for the artists, staff, craft and leadership of BMLG Records is second to none. I also love that we continue to challenge each other every day to be the absolute best in the business. The new era has begun.”

Harnen added: “I can’t wait for everything the future brings! I truly believe there has never been a more exciting time to be in the music business and this new era for BMLG will be groundbreaking on every level. On a personal note, I could not be more thankful for everything Scott has done for me.  He took a chance on a kid from Pennsylvania and gave me the opportunity to succeed. Fight like apes!”

Under Harnen’ leadership, BMLG Records has scored 31 No. 1 hits, 39 Top 10 singles and released 23 albums that have accumulated millions of sales and billions of streams.

Braun’s Ithaca Holdings will acquire the Nashville label and its roster, including country acts Florida Georgia Line, Rascal Flatts, Lady Antebellum and Reba McEntire. Borchetta will remain label president and CEO, and will join Ithaca’s board.

Following Big Machine's sale, a high-profile war of words erupted between Taylor Swift and Borchetta. While the deal will create a new independent label empire, it prompted Swift to describe it as “my worst case scenario”. The label has the rights to her back catalogue of six albums. Swift’s forthcoming LP, Lover, will be released on August 23 by Universal Music’s Republic (Virgin EMI in the UK).

Borchetta replied to Swift's comments by stating: "Taylor had every chance in the world to own not just her master recordings, but every video, photograph, everything associated to her career. She chose to leave.”

You can read Music Week's take on the what the Swift/Borchetta/Braun row means for the biz here.