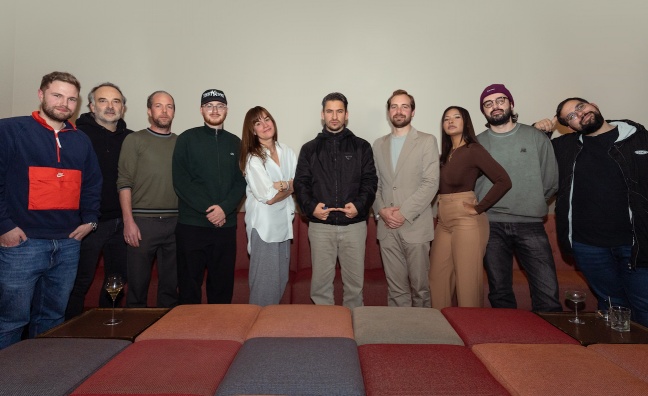 Based in Berlin-Kreuzberg, the label will be dedicated to discovering and promoting German hip-hop, with a special focus on underground rap.

The label’s first major signing is Yung Hurn. The deal marks the first time Yung Hurn has partnered with a major label.

Doreen Schimk and Fabian Drebes, co-presidents Warner Music Central Europe, said: “The launch of Atlantic Records Germany will really electrify the market here. We have one of the most exciting rap scenes in Europe and we want to work with the best of its artists to offer them a platform and support for long-term careers in this business. And we’re so excited to sign Yung Hurn as our first artist on the label.”

Yung Hurn is an Austrian rap artist from the Viennese district Donaustadt. He first broke through in 2015 with his EP, Wiener Linien.

The label will benefit from close collaboration between the recorded music and music publishing arms of Warner Music Group. Warner Chappell Music is the number one domestic music publisher in Germany, driven in part by its huge success in signing and supporting writers from the country’s thriving rap scene.

Natascha Augustin, VP at Warner Chappell Music Germany, who works as an A&R exec with many of the biggest names in German rap, is taking on an additional, consultancy role with the label, while continuing to act as creative lead at the publisher.

Natascha Augustin said: “I’m so excited that the iconic Atlantic Records label is coming to Berlin. I think it will be a natural home for some of the most artists exciting on the scene, so I’m delighted to offer some guidance and support based on my experience of working in the genre.”

Atlantic Records Germany is set to become a creative hub in Berlin, offering regular sessions such as SHE, an all-female rap camp, and Foreign X Change, where international producers link up for sessions and collaboration tracks with local artists. The label is also committed to creating a safe space for creatives and artists, and to support more gender equality within the traditionally male-dominated rap culture.

Simon Robson, president, international, Warner Recorded Music, said: “Atlantic Records has been home to generations of legendary artists and it’s played a significant role in the evolution of hip-hop. We believe Atlantic Records Germany can have a similar cultural impact, tapping into the fast-evolving scene there and helping elevate its most creative artists, amplifying their voices and their stories, and bringing their music to the widest possible audience.”