With superstar artists signing to BMG, could 2022 be another great leap forward? 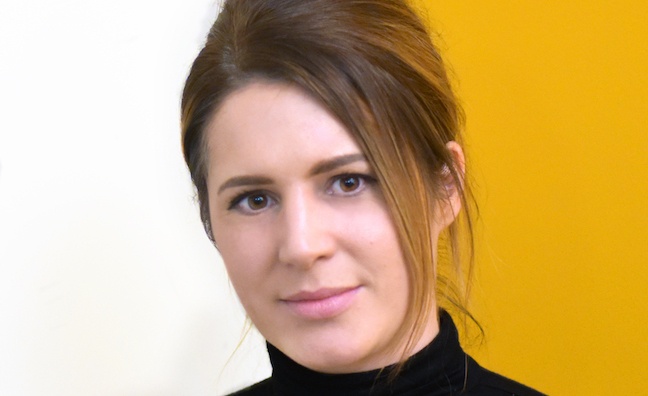 After a series of big signings last year including Louis Tomlinson, 5 Seconds Of Summer and Craig David, BMG is set for another strong performance in 2022.

So far this year, the company has already announced a big deal with Rita Ora, as BMG continues to attract stars previously signed to major labels. Following albums with Columbia and EMI, Miles Kane recently released his first album with BMG, while Johnny Marr’s LP on the label is out this month.

The company’s roster has expanded along with its streaming presence. BMG maintained its 1.3% market share on Track Streams in 2021, according to Official Charts Company data. The company registered 1.64 billion streams, a 4% year-on-year increase.

“We're really pleased with the growth in our streaming business in ’21,” said Gemma Reilly-Hammond, BMG label co-head and vice president of marketing. “It was definitely something that was a key strategic objective for us to do.

“We’ve really strengthened our streaming team. James Farrelly joined us [from Marathon Artists, as director of streaming], which was a great hire, he's been brilliant, along with Simon Rugg [senior streaming manager] who was with us already, he’s also brilliant. They have done a great job of strategising and mapping out the plans. So it's down to roster and strategy, and I think both have come together beautifully actually."

“We’re really pleased with how we're working with the DSPs, we've got a much firmer footing than we've ever had,” she added. “We're seeing some great results, not just in terms of volume of streams, but also editorial support across all the DSP partners. So yeah, we had a really good year and took a massive leap forward, I would say, on streaming last year.”

We took a massive leap forward on streaming last year

BMG had success on DSPs from launch with KSI, as well as growing Kylie Minogue’s streaming business since her signing.

“Kylie has been amazing,” said Reilly-Hammond. “Disco versus Golden, in terms of the streaming, has shown remarkable growth. We’re so happy with the streaming results, it just keeps going and going. The global footprint that's now been carved out - again - for Kylie is phenomenal.

“What we're really pleased with is that we're not just seeing growth in streams, we're seeing very meaningful growth in followers as well. The core audience and the engaged audience has grown dramatically for Kylie on Disco. So we're exceptionally happy with that too. We’re seeing lots of growth across all the key metrics for numerous projects. So we figure that we're doing something right there.”

Reilly-Hammond confirmed that BMG will continue to build the roster with signings in 2022, following a series of big deals last year.

“We’re ambitious,” she told Music Week, highlighting the impact of Duran Duran. In October, the band peaked at No.3 in the UK with Future Past, which has sales to date of 36,160.

“Similarly to Kylie, what we've achieved with Duran Duran and how that's evolved, the results we've seen from that across the world we're really pleased with,” said Reilly-Hammond. “We've had some really strong successes with more to come.”

“We've started on 5 Seconds Of Summer, we’ve kicked that off already,” said Reilly-Hammond. “We put an anniversary track out in December, which marked their 10-year anniversary. It's a track that went out to fans, and then we'll look to kick everything off fully a bit later this year.”

“We can't wait for Louis [Tomlinson], it’s a really significant signing for us, we're looking forward to bringing that out in the world. So we’ve got lots ahead of us.”

Following a highly successful spell at Insanity, Craig David has now moved to BMG. Ahead of the album, 22, released on May 13, Craig David’s MNEK collaboration Who You Are has peaked at No.39. It has so far spent 12 weeks on the chart (107,930 sales - Official Charts Company).

“Craig is a big one for this year,” said Reilly-Hammond. “Who You Are, the track that we put out last year, has just been really sticky. It's just stuck around and has been performing really well for us. So it's a really good indicator of what's coming and for the album in May. Craig and his management team are fantastic to work with. So we're enjoying that one very much.”