More than 10,000 sign petition to save Oxford's The Cellar 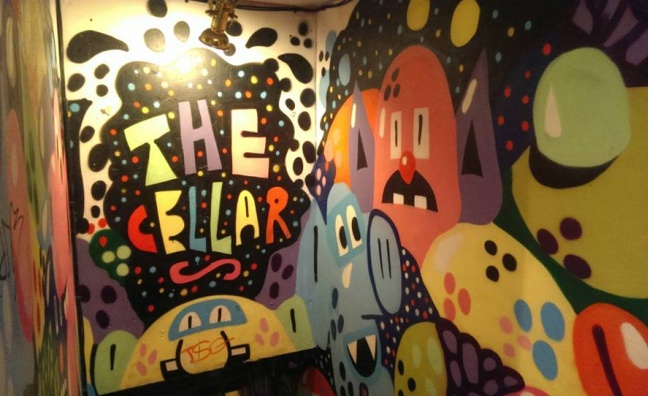 More than 10,000 people have signed an online petition stating their opposition to its planned closure, which follows an announcement that landlords St Michael’s & All Saint’s Charities intend to redevelop the 150-capacity basement site early next year and turn it into a retail space.

Commenting on the proposed closure, The Cellar’s manager Tim Hopkins, whose father Adrian opened the venue 40 years ago, said: “It is devastating news, not just for The Cellar team, but for the Oxford music scene as a whole. The loss of an important cultural asset such as The Cellar is a matter of concern for everyone, not just the music fans and musicians of Oxford. It should be of concern to anyone who cares about jobs, the night-time economy, local creativity and the social community of the city.

"We appreciate the pressures that may be felt by St Michael’s and All Saint’s Charities, but the aims of the charity are not furthered by losing such a vital local space. We would welcome the opportunity to work with St Michaels and All Saints to look at an alternative way to increase their income, if this is their aim; but we have yet to be consulted on this. Working together could led to economic benefits for the charity, and we urge the trustees to pause and consider the wider benefits that a cultural space such as The Cellar brings to the local community.”

“We urge St Michaels and All Saints to withdraw their application and work with The Cellar to develop a proposal that protects this important venue," said Music Venue Trust CEO Mark Davyd. "Oxford City Council have a very clear cultural strategy, and converting a fantastic cultural asset like The Cellar into a retail space quite obviously flies in the face of that, as well as the needs of local people. It’s quite clear that the people of Oxford want The Cellar to stay, and we hope the charity will recognise this and reconsider their plans.”

A number of Oxford's best-known artists are also urging fans to sign the petition and get behind the campaign:

"My love for live music, clubbing, and nightlife came from basically living in The Cellar. I spent about three nights a week there growing up. It was one of those places you go to even if you don't know the band or the DJ... it gave bands like that a chance to practice in front of an audience, and eventually gave us that same opportunity. It's inspired and given birth to countless musicians.To see it turned into some retail outlet would be like beating the small heart of the Oxford music scene to a pulp with a pre-made sandwich. Terribly sad.”

"The Cellar was one of the places where it all began for us.... keep it open."

“Very sad to hear about the proposed closure of @CellarOxford sign [the petition] to keep this important great venue open.”

“It would be a real shame for UK music to lose another great independent venue. Places like this are what keeps British music scene one of the best in the world by supporting new and established musical talent. Hopefully the owners will also see what a valuable cultural hub this place is if enough people let them know how important it is to those of us that love live music.”

“The Cellar in Oxford was where I learned how to DJ - an utterly beloved spot now faced with closure. Please sign.”