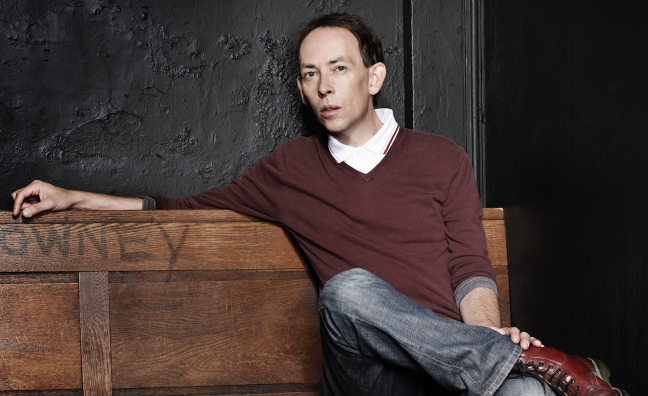 Steve Lamacq has told Music Week that Music Venue Trust (MVT) boss Mark Davyd deserves an MBE for his work to save grassroots venues during the coronavirus pandemic.

Government restrictions forced the closure of all music venues in the UK back in March, plunging the grassroots sector into trouble. In April, Davyd told us it was “impossible to exaggerate” the scale of the problem as 556 of the 670 venues under the MVT faced closure.

Manchester’s Deaf Institute and Gorilla were saved, while Music Week cover star Frank Turner is among many in the music industry fighting to save UK venues. The MVT carried out its own fundraising scheme and last month the government announced emergency grants as part of the Culture Recovery Fund.

“If Mark doesn’t get an MBE at the end of all of this then I shall be thoroughly annoyed, because he deserves one for services to live music,” Lamacq said.

“The MVT has been unbelievable. Mark and Beverley [Whitrick, strategy director] have been terrific, the hours they’ve been working,” the BBC Radio 6 Music DJ continued. “Even when the news of the grant money came through from the chancellor, you then have to apply for it and Mark has been holding the hands of several hundred venues through the process. He’s been brilliant.”

Lamacq is in regular contact with Davyd as an ambassador for the MVT and praised the “forensic” work the team does. “They were up for five hours going through every line of the government documents making sure no one was getting screwed over,” he said.

The DJ said that he is not acclimatising well to being unable to see live music and said it’s impacting his professional life, too.

The MVT has been unbelievable

“It’s awful, absolutely dreadful,” said Lamacq. “I’ve never been this long without a gig since the age of 15.”

“On a professional level, I can’t find it in my heart to really endorse a band until I’ve seen them play live,” he explained. “The amount of times people like myself have been mugged off when a band sends you their one good song and you think, ‘This is the future’. Then you go along and see them and that one good song is their only good song. It’s really difficult.”

He likened the wait to play live again to “waiting for exam results” for emerging artists.

“A few new bands have arrived during lockdown and they might be really good, they could be the next Fontaines DC, the next Idles or the next Sleaford Mods, but we just don’t know,” he said. “They’ve done the thing, but they haven’t had the result through the post yet.”

“Even I didn’t realise how much money it costs to keep 600+ grassroots venues going, and if I don’t realise then I’m sure the audience don’t, and it’s not their fault,” he said. “Until you actually say, ‘These are the costs, if you add this business rate to this rent, to this, then this is how much it takes to keep even your local pub open for live music’. That’s the point we have to hit home.”