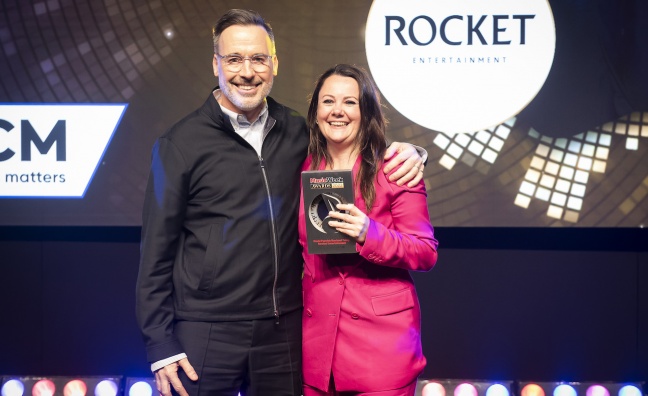 As well as a No.11 placing in the overall albums chart of the first six months of 2022 with hits set Diamonds (Mercury/UMC), Elton John also made No.12 in the singles rundown for this year with Dua Lipa collaboration Cold Heart (EMI/Warner Records).

It’s an incredible achievement that underlines Sir Elton’s continuing relevance and kinship with younger artists (Yard Act are his latest collaborators). You certainly won’t find his high-flying catalogue contemporaries such as Queen, David Bowie, Bob Marley, Fleetwood Mac or ABBA hitting No.1 in the singles chart in 2022.

That remarkable success as a streaming artist is one of the reasons why David Furnish and Rachael Paley triumphed at the Music Week Awards in the Manager Of The Year category.

Music Week has, of course, reported on the Diamonds streaming campaign and the Rocketman movie in recent years, which helped provide the basis for the latest phase of growth. The award was also further industry recognition for the achievements of the Rocket Entertainment management duo. 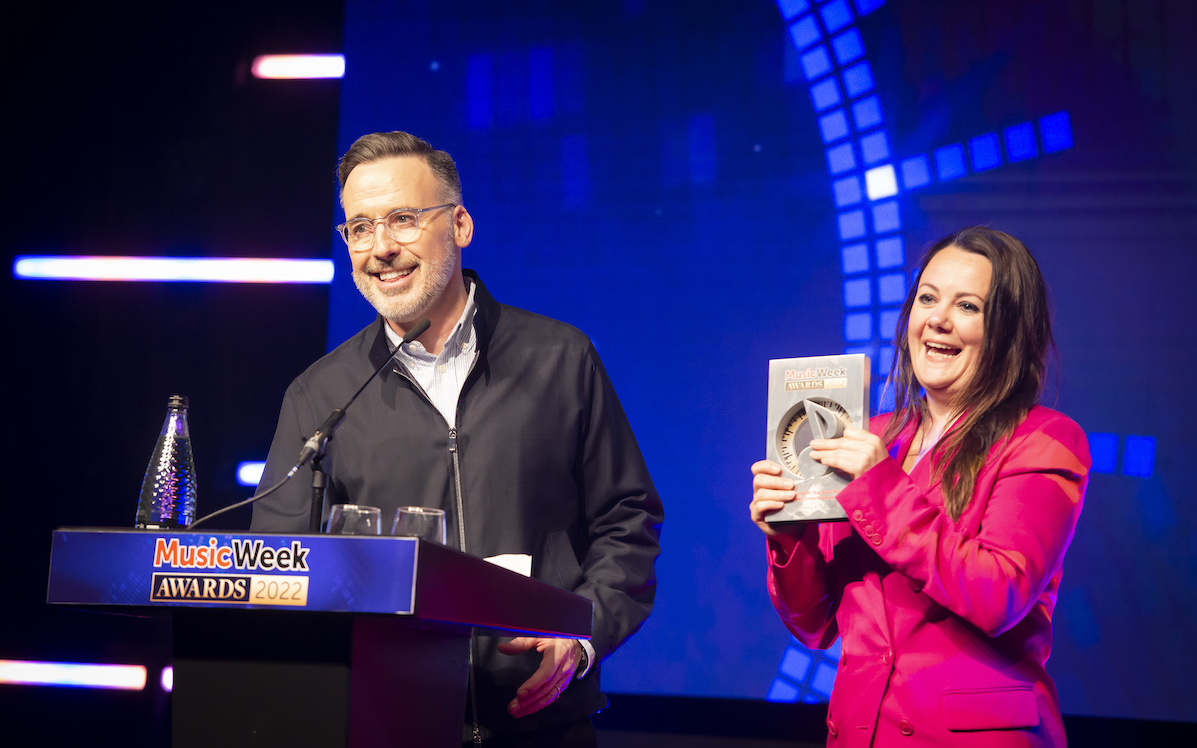 Furnish took over management duties of his husband several years ago, while Paley moved over from the label. Elton John has a comprehensive career partnership with Universal Music Group.

After the impact of Covid disrupted tour plans, Elton John is now back on his Farewell Yellow Brick Road tour with US dates. He played a huge BST Hyde Park Show last month and returns for arena dates next year, including a run of nine O2 Arena shows in April.

Here, David Furnish and Rachael Paley discuss their superstar artist, his pairing with Dua Lipa and receiving industry recognition for their achievements...

How did it feel to win the award for Manager Of The Year?

David Furnish: “This is a huge honour. Music Week is the bible of the industry, and it’s voted for by your peers.”

And Elton’s a subscriber…

DF: “He is a subscriber! He gets all the stats and all the data, he just loves what he does.”

Why do you think you won in this category against management teams for acts such as Sam Fender and PinkPantheress?

DF: “I think we’re just lucky to work with someone like Elton, who’s ageless and timeless. He’s so passionate about the next generation of artists, he’s so connected with that whole side of the business, and that energy is so infectious. I think that’s what allows us to be there with all of that amazing up-and-coming talent. It’s just great - he’s evergreen.”

Rachael Paley: “And it all comes from him authentically as well, so it’s not like we’re trying to strategise to a point where we’re making something happen. It actually all comes from him. I’m just trying to put the framework around it and keep the wheels in motion.”

DF: “It was a decision I took seven years ago to step in. It was a stage that Elton and I were at in our lives, with having children and everything, and just wanting to really bring things to a lovely crescendo so he could get off the road and spend time with his family.”

How is the farewell tour progressing since restrictions have been lifted?

DF: “I feel guilty to say it, but we loved lockdown [as a break from touring], it was wonderful. But now Elton can’t wait to finish the tour. He’s back on the road with a wonderful crew and team of people, who work so bloody hard for us. It’s not easy being on the road with all of the Covid precautions, but we have to do it. And Elton wants to finish off and say goodbye to his fans.”

And the pairing of Elton John and Dua Lipa was a genius move, wasn’t it?

DF: “Yeah, and I can take it back to the seed [of that idea]. Elton went into a record store - as he always does - in Sydney years ago, and said to the guy behind the desk, ‘Give me the new, young Australian artists, give me a stack of CDs’. And one of them was Pnau. The next day they were in the hotel room having tea with him. A relationship started, they came back to the UK, we were managing them for a while - now Derek MacKillop looks after them. So there’s a little Elton strand that’s gone out…

“And then Dua reached out to Elton because, when she was doing [her Studio 2054 livestream], she wanted to interview someone on her Instagram Live who’d actually been to Studio 54. Elton came off that and said, ‘She’s really brilliant, she’s so smart, she’s so clever, I love her music, and she said she wanted to support our charity’. And so these relationships begin. It’s all Elton’s generosity of spirit that allows us to do what we do, and it’s completely authentic.”

Subscribers can click here for our interview with the Catalogue Marketing Team winners at the Music Week Awards.