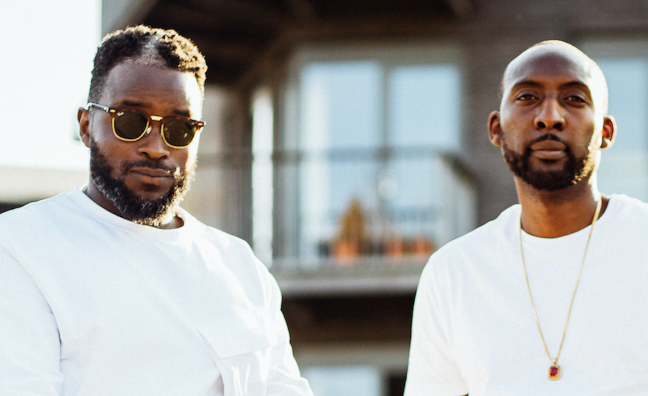 Against All Odds will be accompanied by a soundtrack EP, with Oyeniran (above, left) and Walker (right) handling production and A&R. It will be released alongside the film on November 13.

Walker played a key role in the inception of grime, DJing on DeJaVu 92.3FM and signing a record deal with So Solid Crew. He has also collaborated with recent Music Week Award winner D Double E, Dizzee Rascal and more, and moved into film and television after meeting Oyeniran, who has amassed a successful catalogue as an actor and filmmaker. He starred in Kidulthood and Anuvahood and in 2016 released The Intent to international acclaim.

Against All Odds is billed as a celebration of grime and is set to “shine a nostalgic light on the generation-defining genre”. The film will explore the genre’s self-sustaining eco-system and features the freestyle platforms such as Lord Of The Mics pirate radio stations Déjà Vu and Heat FM and recreations of live events such as Young Man Standing and Stampede.

The project will also see the resurrection of satellite TV channel, Channel U on November 13, in conjunction with Lin Up TV. It will go live on its original satellite channel 385 to screen a premiere of the film and air a selection of classic grime videos.

Rob Pascoe, MD Motown Records UK “I’ve always been a huge fan of Femi and Nicky’s work. We finally connected and within 10 minutes of our meeting I knew we needed to collaborate. Our mutual love for ’90s black motion picture with all-important accompanying soundtrack gave birth to the idea of Against All Odds having a proper, dedicated soundtrack to take you on the same nostalgic journey the film does so effectively. The moons just aligned with the launch of Motown Records UK and this incredible project. The campaign is a real labour of love and we hope everyone enjoys it as much as we do”

Against All Odds is our homage to one of the most potent expressions of black British music, grime

Femi Oyeniran and Nicky ‘Slimting’ Walker added; “Against All Odds is our visual homage to one of the most potent expressions of black British music, grime. To get the opportunity to create the musical accompaniment to the first ever grime movie, with a team led by Rob Pascoe and Afryea Henry-Fontaine has been a pleasure. They have supported us every step of the way. The music and the film are a celebration of black British Heritage; there is no better home for that, than the legendary Motown.”