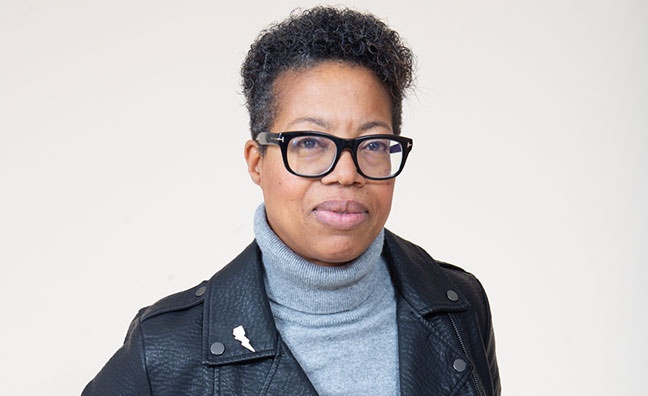 Lorna Clarke, BBC controller of pop, has given a rare insight into her role and its importance for the music industry. It’s a job that, arguably, makes her one of the most important people the UK music industry needs to work with.

Speaking during a keynote at The Great Escape’s online conference, Lorna Clarke addressed the future of radio, her reorganisation of the popular music stations and the threat from streaming platforms.

Almost two years ago, Clarke was appointed to the newly-created role of pop controller – a job title that prompted some mirth on social media.

“It’s a compromise, I didn’t choose the title,” laughed Clarke. “My Mum doesn’t know what it means. It’s a compromise – ‘popular music services’ would sound a little bit pompous. To be honest, I don’t go around saying, ‘Hi, I’m the controller of pop’ – that’s ridiculous. I would never do that.”

In fact, it’s a broad remit across genres and platforms, including radio, TV and iPlayer. Since she took on the role, Clarke has overseen a huge shake-up of the management at the music stations for which she’s responsible (BBC Radio 1, 1Xtra, Radio 2, BBC 6 Music and Asian Network). Previously, Radio 1, 1Xtra and Asian Network all had a single boss, but Clarke appointed station heads for all five networks.

Clarke’s also had the added challenge of creating engaging music content during a pandemic.

Although she is a BBC veteran, Lorna Clarke revealed that she was actually on an unpaid career break when the opportunity for the pop controller job came up. Here, Music Week rounds up her insights from The Great Escape keynote…

“My job is to be able to commission stories, live music, any stuff around pop music for television, iPlayer, but also for music commissions in Sounds and the live radio stations. And it makes sense, because the radio bit of my job is being responsible for five national radio stations. All of the deep knowledge in those areas, and the hundreds of music sessions that we get through on those sessions, need to make sense on the other side in terms of TV. I have one meeting now, which has all of my key team [members] from pop, and that just makes sense. It used to be two separate things – the TV team and the radio team. So bringing it together means that we can look for those opportunities where we get more impact around the content we're making.

“The best example of that is probably Glastonbury, where the impact we get is about the fact that we're on all those platforms. So last year there was no event, but we still put together a digital version of Glastonbury and over 17 million eyeballs got on to that content. Why? Because you've got one team, my team, talking about it on radio, but also TV so that they can point to the best bits. It is logical, really.”

“The reality is that when you start a senior job, certainly at the BBC, a place that is quite complex, you inherit a team. And people who work at the BBC love working there, they work there for years. And so, if you join at a time when you are trying to figure out how to future proof what we do in pop, you have to start with, ‘Are we organised the right way? Who's doing what, how do we collaborate?’ And so it was quite easy for me to be able to say, ‘I don't think we're organised in the right way’.

“It was also recognition that the world of music, especially in audio, is way more complex now than it was even 10 years ago. If you're running a music station, you have to worry about the big digital streamers. You have to worry about a massively expanded and healthy commercial radio industry. The idea that you can, in detail, run two or three different live schedules is naive. Radio 1 is so important in terms of the job it does in terms of talking to young music fans. I want the head of Radio 1 to focus on that deeply, so that they can do really brilliant public service, rather than be distracted by worrying about other networks. So I insisted that we have a head for each radio station, because the work that Asian Network does compared to the work that Radio 1 does is completely different. They're both vital, but they have completely different senses of scale. Radio 2 is a massive, 14 million-plus [listeners] a week station. That's a different job to what 6 Music does. So I just wanted each of the heads to be able to focus on their brand.”

“The industry has changed and the music has changed. If you look at Black popular music being produced and consumed today, it's pop. Sometimes it's a bit punky, but it's pop – it's hugely popular and it dips into the mainstream. So the station [1Xtra] has to be redefined. It's the same as 6 Music. That 6 Music format, where you are basically celebrating the alternative and the independent, when that launched, we were told, ‘That will never work, it's good that the BBC is doing it – that will be a market failure’. It isn’t, it's 2.5 million a week that listen to it. But it's a format that couldn't have been created commercially. 6 Music has more in touch with 1Xtra than it does with Radio 2, absolutely – that independent spirit, that passion, that sense of curiosity is more to do with those stations. And this is not about age or [demographic], because that's a very blunt way of doing it. This is just about what are the types of people that like these types of music.”

“If I think about TV, the big change there is that lots more artists are basically exec producers. They know the value of their visual content, they're gathering it – they’re followed around by crews and all the rest of it – and they want to shape it themselves, as exec producers. Artists are making their own filmed content. The challenge there is how do I be part of the screening for something like that, when the BBC doesn't have the deepest pockets. How can I help them shape some of that content, because I think we are still trusted for our journalism. So the challenge is trying to be as close to some of those artist stories as we can, whilst it’s still an independent editorial story. That is a challenge, because Netflix and Amazon Music just have deeper pockets.

“For anyone in music, it's making sure that we're trusted so that an artist knows they can come to us, we’ll be with them right from the emergence when they're young and new to the moment when they're described as a legend. We have plenty of examples of literally being there all through their careers. For me, pop is not just about what’s brand new, shiny and now. It's also making sure that you're talking about new music from well-established artists. That's why having a portfolio that goes from Radio 1 to Radio 2, and goes from commercial to not so commercial with 6 is perfect, because we need to be able to cover all bases.

“I've been in the industry so long that I can see lots of my favorite brands now morph from one network to another, and that's important. They don't get discarded. But equally, because of something like BBC Introducing, Ed Sheeran, Celeste, Arlo Parks, they've come through uploading their music in BBC Introducing. To see that journey, when they're on a massive stage, whether it's a Radio 1 stage or whether it's Glastonbury, the BBC has the entire story. And the one thing that we've really enjoyed doing is refreshing our relationship with archive. So during the pandemic, this has been a revelation, really, that we can dig deep and find all this stuff. And it doesn't feel dusty and fusty, it feels just deep and broad and really valuable. So being able to tell the full story, I think, is important.”

“It’s not that music fans can't give you their attention for a long time, it's the fact that there's a massive amount of competition around who wants their headspace. And you could argue that live radio, for as long as I've been in it, has always tried to programme its music according to mood. There's a certain way of programming a breakfast show, there's a certain way of programming a drivetime show. But the streamers have simplified that even more, so you can have your playlist that is for cooking on a Friday night, a playlist for a workout in the morning. And that's a challenge around live radio, because we're just in a different space. That's why we've had to really focus on the Sounds app, because that allows us to do much more than the live relationship. So, launching something like Radio 1 Dance or Radio 1 Relax, it makes sense to gather up things that we've already made and put them underneath that stream, because it can meet a mood.

“So I'd say that's a challenge, along with just attention. If it's all on your phone and you're taking the content with you, then we've got to be there as well. But what format is that - do you want to watch a movie on your phone. No. But do I want to watch chunky bits of music content? Yes. And we know the kids are doing it. At the back of the bus, they're not just listening to a track, they're watching it.”

THE SHOW MUST GO ON

“During the pandemic, a great idea came up from Radio 2, which was: all the theatres are closed, all the actors, the dancers, the singers, there's nothing that they can do around musicals, let's do a celebration of musicals. They created the idea, they had Elaine Paige, a veteran from musical theatre, and then they created an idea that ended up on BBC One. That idea attracted four-and-a-half million [viewers] on TV on BBC One. But it also got record listening for people who'd never gone to Sounds before. So they've gone from iPlayer to Sounds, and they just got more of it, lots of different programmes. That’s what I really want to do with pop, I want to be able to say, if you like this thing, and you only come to the BBC through TV, or you only come through it because of 1Xtra, I want to be able to entice you to consume more – but maybe on this platform or somewhere else. That's what I want to be able to do.”

“Everyone would agree that, at some point, we will move to a smaller reliance on FM. There will be a change, it's about what the transition is. Live radio is still massively popular – millions [of listeners]. That's not dying. Audio has become more popular. Everyone said with all the podcasting, it’s going to die; it hasn't, audio is more popular. Kids aren't calling it radio, but they are listening. BBC audio should have died 10 years ago, according to the critics! It’s still going. Commercial music radio has been fantastically successful, and that's good, I want it to be [successful], they have so many titles now. So the key thing is audio is alive and kicking. It may be on different platforms but our love affair with audio is still super-strong.”