How Later... With Jools Holland became a lifeline for artists in lockdown 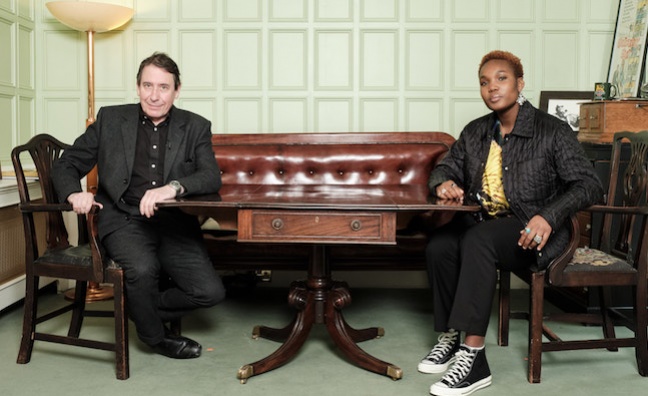 Fifty-seven series in, and Later… With Jools Holland has become more important than ever.

The show returns on BBC Two at 10pm on Friday (February 19) with Arlo Parks as the main guest picking favourite moments from the archive, along with performances by Kings Of Leon and Sleaford Mods.

“It's always been a very popular show with our audience, and actually even more popular this past year,” Jan Younghusband, BBC Music TV head of commissioning, told Music Week. “It's one of those situations where, by not being able to do it as normal, it has been really entertaining and interesting having guests using the archive, alongside live performance and introducing new talent.

“It still has the same DNA, but the ability to add these archive choices has been very profound. We've been able to seek out some great performances that haven't been seen for a long time – quite extraordinary things. It's added a whole new layer to the programme. One day, we'll all be back in the studio, but I'm sure we will keep that element going, bringing deep archive to the audience.”

These six episodes are a bonus run for Later…, which will then return for another series in May.

“There are some very exciting young stars coming through,” said Younghusband. “In the tradition of Later…, there's always been the pop star at one end of the room and the brand new person you've never heard of at the other end of the room.

“Rag’N’Bone Man started off with us, now he’s a big star. The BBC likes to feel that, by nurturing talent, they come up through radio and television. Later… With Jools Holland has had an enormous role in the debuts of so many of the great talents that we have.”

While live performance has had a limited presence in the TV schedules during the pandemic, Jools Holland’s show from his South London studio continued throughout 2020. A new format featuring a main guest under socially distanced conditions and remote performances has been a lifeline for artists unable to tour during album campaigns.

“We have a huge debt of gratitude to the artists, management and labels for helping us and making this all possible, because it's been so complicated and the priority is to keep everyone safe,” said Younghusband. “It has been a challenge but we've managed to do it.

“We started this time last year thinking that nothing could happen at all. But, actually, we've had the same number of programmes and we’ve just added this additional run. So I'm very excited – editorially, the show just gets stronger and stronger.”

While it obviously helps that people are stuck at home, ratings have been strong for Later… in the past year, including a record result of 4.56 million viewers for Jools’ Annual Hootenanny on New Year’s Eve. The programme featured new and archive performances from artists including Celeste, Roisin Murphy and Ella Eyre.

This current bonus series shows the BBC’s commitment to live music, according to Younghusband.

“It has never been a more challenging and catastrophic time for our industry,” she told Music Week. “We felt that what we should try and do is make more live music happen. So we added this February run of six episodes, and then there will be a further run of six in May.

“Right now, we're in a very serious time and our audience is locked down at home. We want to make sure that we're doing our job by bringing them great music, young talent and the stars of the moment, which is what the show does.”

Younghusband credited the efforts of the programme makers and the music industry for helping Later… continue to thrive during the pandemic.

“I can’t say thank you warmly enough to the artists, management and the labels and everybody who just makes it possible, against the odds really,” she said. “And all the television producers and radio people who carry on and make their shows by trying to find a way through. It’s been extraordinary.”

As well as being a BBC Two fixture, Later… has a global reach thanks to BBC Music’s clipped artist performances racking up views on YouTube. Harry Styles’ 2019 performance of Watermelon Sugar on Later… has 5.7m views, while Rosalia’s Pienso En Tu Mira has three million views and Dua Lipa’s New Rules has 2.1m views.

“It's an incredibly powerful platform, we're deeply proud of it,” said Younghusband. “It’s a beautiful show and a long-running show for the BBC. The artists love the show, they love being on the show. When it's in its full studio format, it is the only show where the artists are all in the room together. The artists tell me they love to watch each other, because they rarely get a chance to do that. So it's unique in that way.

“It's the only show on television that focuses on bringing the hottest new talent to the audiences, it provided debuts for so many of the great artists we know today. It's a very important show, and as it goes on it will evolve.”

The return of Later… With Jools Holland to the full studio set-up will be followed by a major anniversary in 2022.

Subscribers can click here to read our Later… With Jools Holland cover feature from 2019.