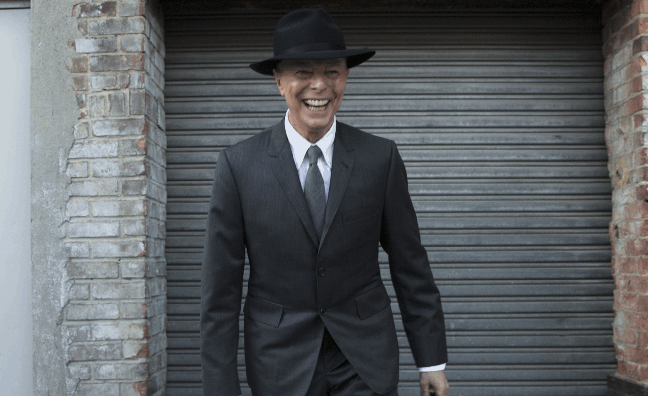 BBC Radio 6 Music and BBC Radio 4 have announced Bowie Five Years On, a series of programmes to celebrate David Bowie’s life and work on the fifth anniversary of his passing.

Since his death, David Bowie’s sales and streams have continued strongly thanks to a reissues campaign from Warner Music. The 2016 Legacy collection is still in the Top 75 and has sales to date of 578,500, according to the Official Charts Company.

The BBC celebration of his life includes Bowie: Dancing Out In Space, a two-hour show to be simulcast for the first time between BBC Radio 4 and BBC Radio 6 Music, as well a host of other content across the two networks.

Elsewhere across the BBC, the anniversary will see a BBC Radio 2 Sounds Of The 70s special, and a BBC Four night of programming (January 8) with another chance to see some classic Bowie documentaries, including David Bowie: The Last Five Years.

On Sunday, January 10, the fifth anniversary of his death, 6 Music and Radio 4 will air Bowie: Dancing Out In Space (8-10pm). This special show, presented by Stuart Maconie with leading figures from music, dance, literature, philosophy, technology and comedy, will explore the impact of David Bowie on their lives and how he always managed to be ahead of the curve.

Programming across 6 Music throughout the day will mark Bowie’s achievements. David Bowie Star Special airs from 1pm-2pm. Rarely heard since it was made in 1979, in this programme Bowie presents some of his favourite music, which ranges from The Velvet Underground to Elgar and Little Richard to The Mekons.

From January 4-6 on 6 Music, Marc Riley (7-9pm) will be airing again a three-part interview with Geoff MacCormack, Bowie’s lifelong friend, that was originally broadcast on the first anniversary of bowie’s death in 2017.

Radio 4 programming includes Archive on 4: Bowie Verbatim (January 9, 8pm), a repeat of an episode about the story of David Bowie's life and career told in his own words.

Samantha Moy, head of BBC Radio 6 Music, said: “We miss David Bowie. To think of the music he would have made, the words he would have written, the thoughts and ideas he would have shared with the world – his absence is more keenly felt as each year passes. His influence is woven into the fabric of 6 Music and is kept alive by the curious spirit of our listeners. The broadcast of Dancing Out In Space – a programme celebrating the ultimate trailblazer – with our friends at Radio 4 will be a very special moment and testament to the legacy of an absolute icon.”

Mohit Bakaya, controller, BBC Radio 4, said: “David Bowie was a rare and beautiful beast – an artist whose life and work spoke to people in all walks of life, with an intellectual curiosity and instinctive drive that meant he was always one step ahead of the pack. He’s an artist that many of the Radio 4 audience will have grown up listening to as well as being the defacto patron saint of 6 Music, so I’m delighted that we’re coming together, station to station, with an eclectic mix of thinkers, musicians, writers and critics to discuss the great man’s music and ideas.”