"Some days the world sees us, sometimes it doesn't, but we're always there": The Heavy Music Awards team on rock in 2019 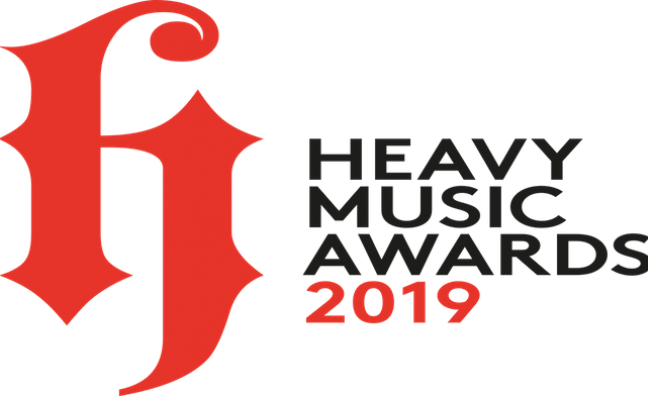 Metallica, Milk Teeth and While She Sleeps were among the big winners at the 2018 ceremony, which received almost 100,000 votes from the general public.

This year’s event will be hosted by Against Me!’s Laura Jane Grace and will feature a closing set by Cancer Bats. The ceremony is being supported by the likes of EMP, Spotify, Ticketmaster, Allianz, Fireball, BIMM, The Pit, Believe and Moshhh, while the event’s key charity partner for 2019 is Nordoff Robbins.

The event was first conceived in 2017 to celebrate rock and metal by the Heavy Group – a separate venture formed by co-organisers Dave Bradley and Andy Pritchard. Here, co-founders Pritchard and Bradley reveal what’s in store for this year’s ceremony…

In the wider music event calendar, what have the Heavy Music Awards awards come to represent?
Andy Pritchard (co-founder): "I think the HMAs have always represented our intention to treat heavy music as a legitimate art form, and to give the creative individuals behind it the respect they deserve. As time has gone on we definitely feel like people outside rock and metal can see that our approach is legitimate, that there is very real value in this audience and that this scheme, this business model, is designed for longevity. We put a lot of hours into making sure the awards as a whole stay within the philosophy we feel is right – it does evolve but it focuses on charity, education, supporting emerging artists in a meaningful way, and offering a platform that stands against negativity in whatever form that takes. We constantly re-evaluate what is and isn't working so we can keep the scheme growing, and while we can't speak for Spotify or any of our other sponsors, we do feel that their involvement alone is a good representation of the level of respect the HMAs receives in 2019."

On the back of Slipknot’s No.1 in the UK, it feels like the perfect time for the HMAs to return. Where does heavy music figure into the wider mainstream music world right now?
Dave Bradley (co-founder): "It's obviously amazing to see Slipknot hitting No.1 in so many countries again. For a huge portion of our audience, Slipknot are a band who hooked them into rock music in the first place at the turn of the century. That level of mainstream attention will be cutting through to young fans again for sure, so we would hope that it has a long-term effect. That said, we've seen huge tours and festivals sell tens of thousands of tickets regardless of what the mainstream happens to think of heavier music that week or year - the audience is always there - its contribution to the wider music world will always be substantial. Some days the world opens its curtains and sees us having a great time out there, sometimes it doesn't, but we're always there."

The HMAs have always represented our intention to treat heavy music as a legitimate art form, and to give the creative individuals behind it the respect they deserve

You have Laura Jane Grace hosting – how much does that mean to you?
Pritchard (co-founder): "Well, first off I should say, we knew this year we wanted to change things up, just for the sake of changing things up. Last year we had Sophie K who absolutely knocked it out the park, and we're very proud that she is involved again for HMA19, but we didn't want to rest on our laurels in any way. It's absolutely huge for us that Laura Jane Grace accepted our invitation to present the HMAs. On top of being the vocalist in a band we both love, we were keen to have another presenter this year who shared our passion for making a stand using positivity and creativity. We feel that this is an approach that might encourage more music fans to engage with the world around them and also use their passion to try to affect positive change. Laura Jane Grace walks the walk, for us she is the perfect embodiment of that philosophy."

You also have Cancer Bats closing the ceremony - how increasingly important is the live dimension to the awards? What scope is there to make it even bigger?
Bradley (co-founder): "Live music has always been a huge part of the HMAs ceremony. Our thinking from the start was essentially that heavy music fans, on the whole, like going to shows and having a drink, so there was no need to try to reinvent that wheel. We try to curate it so it's a varied line-up and we always try to book energetic bands who will keep that party atmosphere going. Last year, for example, we had Fever 333 making full use of Koko's balconies during their set. There's clearly a place at other awards shows for that more traditional set-up with round tables of ten, but for the HMAs we figured we'd make it free to attend, let people figure out how they want their night to pan out or who they want to spend time with, and that arguably that gives us a free license to put whatever we want on that stage. Now we can fit more than 2,000 people in for the party it's starting to get nearer to what we had in mind at the outset."

Profits from ticket sales are going entirely to Nordoff Robbins – how did that partnership start?
Pritchard: "We've always felt a real affinity between the HMAs' outlook and that of Nordoff Robbins. We've been lucky enough to visit their centre in Kentish Town a few times and it's hard to really put down in words how fundamentally the work affects you when you see it. Already this year we've held a charity show in aid of Nordoff at the Borderline, headlined by Palaye Royale, which sold out in a matter of hours, so the donation we're asking in return for HMA19 tickets are a another chance for us to raise funds. They're such a brilliant, passionate team, and we want to do what we can to help support them. It's a real privilege to be partnered with them for HMA19."

The shortlists – spanning a number of sectors – were derived from nominations from almost 600 industry insiders. You can see the full 2019 nominations list below: