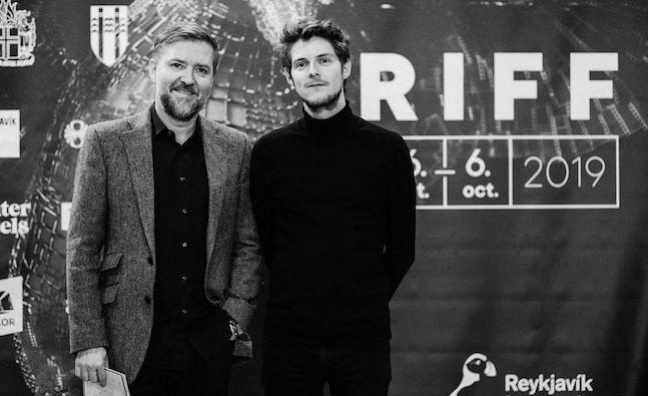 Based between Reykjavik, Akureyri and Los Angeles, INNI – the first Icelandic publishing company to be established in the country – was formed by Colm O’Herlihy and film composer Atli Orvarsson in 2019. As well as offering publishing services, INNI also works as an independent record label and music production house.

Speaking about the deal, INNI co-founders Colm O'Herlihy and Atli Orvarsson said: "We're absolutely thrilled to be working with Nick and the Kobalt team, their drive to create transparency across the industry is both inspiring and necessary."

Nick Robinson, SVP of business development in Kobalt's creative division, said: “Kobalt is very excited to be partnering with Atli, his publishing team and roster of writers and composers. Iceland has long been a hotbed of diverse and unique talent and so it was inevitable that it should have it's own fully-fledged, international publishing company. And with such an accomplished composer as Atli at the helm, there is no question that INNI will become a significant player in the publishing world. We very much look forward to playing our part in helping to nurture and develop INNI's signings and administering their music around the world."

"From an idea less than three years ago, to watch first hand INNI's growth has been an honour," said Ryan. "Atli and Colm's passion for music, work ethic and client interaction is what truly drives INNI's growth."

The complete list of INNI signings to the worldwide Kobalt admin deal is below.