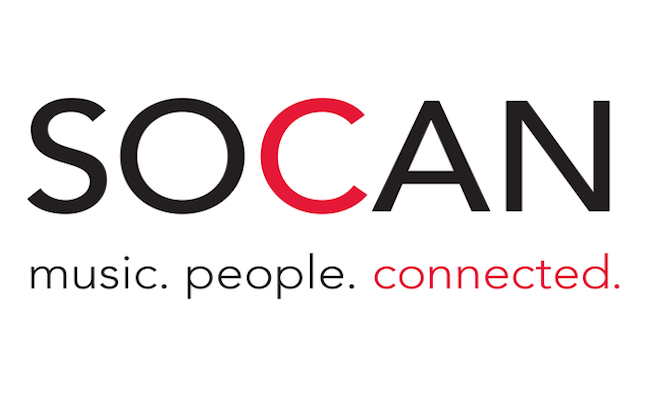 SOCAN (Society of Composers, Authors and Music Publishers of Canada) collected record total revenues of $249.3 million (£196M) for its fiscal year, ending Dec. 31, 2016, it was announced at its Annual General Meeting in Montreal yesterday.

The figure marks a 7% uptick year-over-year, with the PRO stating that it had recorded “new highs on almost every front.”.

Over $289m in combined domestic and international royalties were distributed to 150,000 SOCAN members, up 5% from 2015, exceeding $285m for the first time ever.

SOCAN also saw a 31% increase in foreign royalties earning $67m and streaming revenues grew 118% over 2015, bringing in a total of $33.8 million (£20M), from its members’ music played internationally on radio, television, online, on-stage and in other public performance uses.

“Although still relatively small given the prominence of streaming services, internet revenue more than doubled in 2016, reaching $33.8-million due to very strong growth from existing licensees and new service providers entering Canada,” according to SOCAN.

"These results further increase SOCAN's position as one of the top music rights organisations in the world that is shaping the music landscape," SOCAN CEO Eric Baptiste said in a statement. "They demonstrate our strength in licensing the performing right as well as our business innovation to globally transform music rights. We continue to focus on ensuring that more royalties are provided to Canadian songwriters, composers and music publishers and the millions of foreign rights-holders we represent."