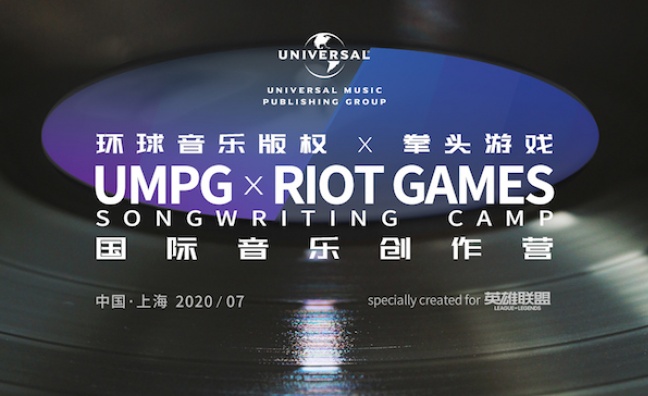 Universal Music Publishing Group (UMPG) China and Riot Games China have announced their partnership as they hosted a songwriting camp from July 24-27.

The songs are themed under esport spirit and were created to produce six promotional songs for the 10th League of Legends World Championship.

MD of UMPG China, Joe Fang, said: “Music and gaming are activities of no boundary. When matching them well, possibilities are endless.

“I am honoured to be partnering with Riot Games on this initiative to create songs to win the heart and mind of the Chinese esport community and celebrate this world-renowned event. It showcases a valued mechanism of producing quality music for institutional users.”

This year’s League of Legends World Championship will take place in Shanghai from September 25-October 31 at Pudong Football Stadium as announced by Shanghai Municipal Government and Riot Games.

The championship has more than 100 professional League of Legends esport teams.

Head of Riot Games China, Leo Lin, added: “When music meets and mixes with gaming, it is simply exciting. I look forward to empowering and celebrating the 10th World Championship of League of Legends with music of power and of various styles, through working with UMPG.”