On The Radar: Joy Crookes 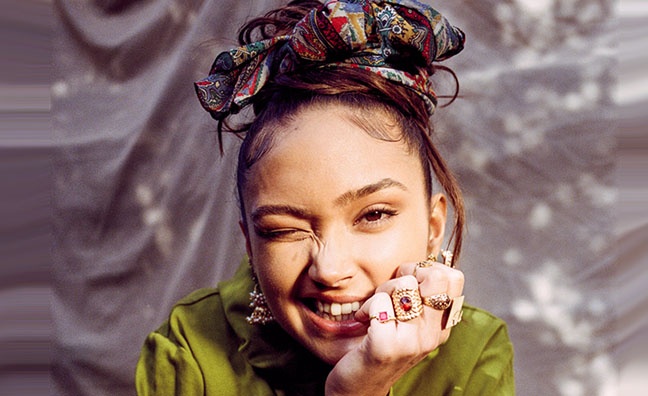 “It’s not burnt, but I did reheat it. It’s probably a dumb move by me,” she says, after a humungous crunch. It’s breakfast time in Nashville, Tennessee and Music Week catches up with the South Londoner in the middle of writing a song about how fragile love can be. “It’s not just falling in love with someone, but being mates and shit, too. If you’ve been through loss, starting realtionships can be quite difficult,” she explains. “It sounds heavy, but it’s ironic too. To love someone is to lose someone and that is kind of blasé, you’re gonna fucking do it anyway.”

And so a conversation fuelled with four-letter words begins. The singer is a great swearer, judiciously fuelling her points, which she makes with unflinching determination. The same passion powers her songs, which are earthy, deep and caked in the capital’s grit. Gregory Isaac, The Clash and an obsession with Kate Nash helped shape her sound and the first gig she went to was Dub Pistols with her dad. “I must have been about three or four and I slept through the whole thing, I couldn’t give a shite,” she says. Whether she remembers it or not, that show put music at the centre of Crookes’ world, where it’s remained ever since. This week, she’ll be at the BRITs, as one of three shortlisted Rising Stars alongside Celeste and Beabadoobee. She put out two EPs, Perception and Reminiscence, in 2019, but the nod was unexpected. “I didn’t know the industry cared about me like that or that people knew what I was up to, so it was a real bonus,” she says. “It’ll be nice to celebrate that and give thanks, like it’s church.”

The 21-year-old is working with Sony/Insanity imprint Speakerbox these days, but still keeps things DIY, in the spirit of her teenage musical explorations doing reggae covers. “I didn’t think it would be of interest to the industry,” she says. “Maybe I’m just hashtag humble. Who knows? Fucking hell!” Once the BRITs are done with, Crookes will dive back into making her debut album. She’s experimenting with “strings, horns and more modern sounds” but isn’t about to divulge what songs will or won’t make the cut: “I ain’t fucking telling the industry what I’m putting on the album. Imagine!”

Instead we discuss what’s going on in the singer’s head as the heat around her name intensifies. “I feel like I have to do this,” she says. “That sounds really corny, but I’ve just got to be able to say what I want to say. I’ve always felt the need to be honest as a person, let alone as an artist. If I’m not true to that, then I get really fucked up.”

Music isn’t easy for Crookes, the feeling of having something to lose is inescapable. But vulnerability can be a thrill, too. “We overthink a lot as artists. The more you’re in the public eye, you feel like you have to offer more, or change…” she says. “Sometimes it’s hard because you don’t feel inspired, you’re spending all the time in studios, you’re not seeing anything, you’re not 17 anymore and you’re not getting wrecked and then writing crazy songs about it. You’re constantly battling with yourself over whether you’re doing the right thing. I want to tell my story and I want my artistry to grow constantly.”

The truth is, Joy Crookes’ story is already compelling, and it’s time to listen up…