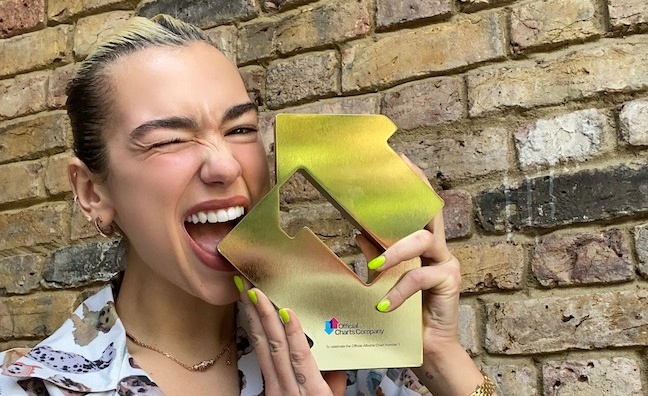 The Official Charts Company has revealed some of the biggest chart moments of the past 12 months.

From the biggest opening for a Bond theme to the first posthumous debut album for a solo artist, here are some of the key moments in 2020…

Back in February, Billie Eilish earned her first ever UK No.1 single with No Time To Die. While the film was ultimately delayed until 2021 because of the Covid pandemic, Eilish’s single secured the biggest opening week for a Bond theme (90,000 sales, including 10.6 million streams).

Eilish is now the youngest artist and the first female artist to take a Bond theme to the top of the singles chart.

Captain Sir Tom Moore: Oldest person to earn a No.1 on the singles chart

The then-99-year-old war veteran Captain Tom Moore teamed up with Michael Ball and the NHS Voices of Care choir to release a new version of You’ll Never Walk Alone, going straight to No.1, with proceeds benefitting NHS Charities Together. At the age of 99 years and 11 months, he became the oldest artist to reach No.1.

Pop Smoke: The first solo artist to earn a posthumous No.1 debut album

Late rapper Pop Smoke’s debut album, Shoot For The Stars Aim For The Moon, landed at No.2 upon its release in July, before 12 weeks later rising to the summit.

Pop Smoke is the first ever solo artist to have a debut album go to No.1 posthumously, and only the second act in charts history to do so, following indie band Viola Beach in 2016. Shoot For The Stars… is also the only debut album to top the albums chart in 2020, claiming the longest climb to No.1 for an LP since George Ezra’s Wanted On Voyage in 2014.

Lewis Capaldi: Most consecutive weeks in the albums chart Top 10

Lewis Capaldi’s debut album Divinely Uninspired To A Hellish Extent was the biggest album of 2019. It is now targeting a No.1 overall finish in 2020, too.

Capaldi’s debut has racked up 78 consecutive weeks in the Top 10 – more than any other solo artist in the history of the UK chart.

Dua Lipa: Most weeks in the Top 10 for UK Female solo artist

The lead single from Dua Lipa’s second album Future Nostalgia, Don’t Start Now debuted at No.2 and went on to claim 25 non-consecutive weeks in the Top 10, the most ever for a British female soloist.

LadBaby: Scored a Christmas No.1 hat-trick and the fastest selling single of the year

Don’t Stop Me Eating not only clocked the fastest-selling single of 2020 (158,000 chart sales in just seven days), but the fastest seller in over three years, since Artists For Grenfell’s 2017 cover of Bridge Over Troubled Water.

Idles’ third album Ultra Mono became the Bristol punk band’s first No.1 album in September. It was the fastest-selling vinyl album of 2020 with 15,400 of its first-week total made up of vinyl sales.

Taylor Swift: Delivered two No.1 albums in one year

Taylor Swift is not only the first artist in eight years to have two studio albums be No.1 in the same year (Rihanna was the last to do so in 2012), but the chart-topping debut of Evermore in December marked her sixth No.1 album. Swift now joins Madonna, Kylie Minogue and Barbra Streisand as the only female artists to have notched up six chart toppers. And Swift did it in record time – just eight years.

Ariana Grande is the only artist to enjoy two different songs at the top of the singles chart in 2020. Her first chart-topper this year was with Lady Gaga collaboration Rain On Me, and was followed in October by Positions. The album title track held on for a total of six consecutive weeks and has amassed 47m streams in less than two months.

Mariah Carey: Set a new record for most weeks in the Top 40 before reaching No.1

In 1994, Mariah Carey’s All I Want For Christmas Is You missed out on the Christmas No.1 to East 17’s Stay Another Day. But Carey’s festive favourite finally made it to the top this year.

Streams of Christmas hits were up more than 50% year-on-year throughout November and December. Carey’s song had spent a total of 70 weeks on chart up until then - the most weeks that any song had spent in the Top 40 before eventually reaching No.1.

Lifetime chart sales of All I Want For Christmas Is You now top three million in the UK, including 1.25m pure sales and 196m audio streams.