"It's going to be emotional!": Showrunners Rebecca Allen & Selina Webb on the return of the BRITs 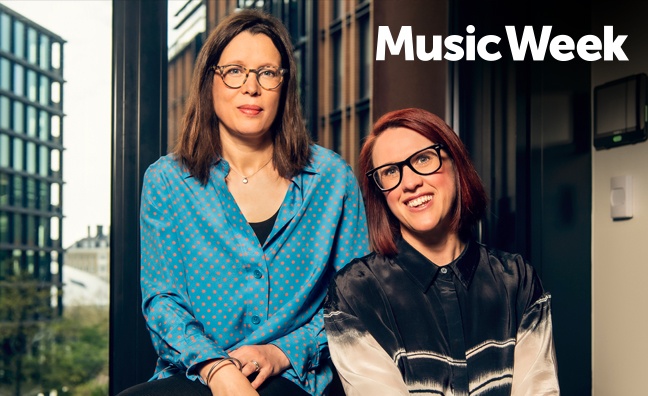 In our recent exclusive digital cover feature, the execs – EMI Records president Allen and Universal executive vice president respectively – outlined how they navigated a host of logistical challenges to bring the event together.

“We didn’t even know if the show could take place,” said Allen. “The world suddenly turned on its head, and we had no idea if the show would even be possible. Over the last year, we’ve followed all the different award shows that were happening, trying to figure out how we could learn from them. The big thing for us was, ‘How do we do ours differently?’ That was a tough thing, and that changed almost daily for us both because the world opened up and closed down again, and then opened up and closed down again! Our feelings around the show and what was possible changed almost weekly and sometimes daily. And I think that's been the most challenging thing for us as a BRITs team together.”

Allen and Webb were revealed as this year’s showrunners back in February; picking up the baton from from Universal Music UK & Ireland chairman/CEO David Joseph who organised 2020’s acclaimed event. Tonight’s ceremony will host a crowd of 4,000 people at the O2 Arena as part of the government’s Events Research Programme, a pilot scheme that will use Covid testing approaches to investigate how live shows can take place without social distancing. The crowd will comprise frontline workers, who will neither be socially distanced or required to wear face coverings in the arena, but must instead present a negative test upon arrival and provide contact details for NHS Test And Trace.

“It's a slightly different tone,” explained Webb. “To go back to the beginning, it was very daunting to try and put together a show with everything that was going on in the world, and not even knowing if it was going to be possible. But it has also been an opportunity to try and do things in a different way.”

“The BRITs can feel slightly exclusive sometimes, people watching on TV see lots of industry people clinking glasses, and this year, it's going to be a really inclusive show for everybody and that's representative of the audience in the room,” added Allen. “You're going to see your cabbie, postman, doctor, nurse, teacher or your hospital porter there. This show is for everybody, the show will represent that and so it will just feel more inclusive.”

Hosted once again by Jack Whitehall, the night will also see some of the biggest names in music perform, including Dua Lipa, Coldplay, The Weeknd, Olivia Rodrigo, Rag’N’Bone Man & Pink, Headie One, Arlo Parks and the already-announced recipient of the BRITs Rising Star award Griff (“We were so happy about her winning,” salutes Allen).

“The artists have come forward with unbelievably creative visions for the show, and all of them are so uniquely different,” offered Allen. “Through all the hard decisions that we've had to make, and the challenges that we faced over the last year, when we started to see the visions for this year's BRITs, that's when we felt, ‘This is going to be spectacular!’. There are some really, really standout moments that we feel really proud of. We wouldn't want to spoil it for you, the best thing is to tune in on the night, and you'll see what they have lined up, but there are some really, really beautiful moments.”

Polydor lead the way at this year’s nominations with nine nods. The BRITs stated its academy achieved “gender parity and 26%, black, Asian, and minority ethnic representation”, resulting in four out of the five nominees for the Mastercard Album Of The Year category being women (Arlo Parks, Celeste, Dua Lipa and Jessie Ware – with J Hus the sole male nominee) and more than half the nominees in key categories being non-white. Both Webb and Allen outlined their hope that the awards will one day move beyond its gendered categories.

“When we embarked on this journey of the BRITs, we did think that one of the changes that we would make is to move on from the gendered awards, and we really passionately wanted to do that,” explained Webb. “And, for various reasons, it became clear that maybe we couldn't yet make that change. It felt like, by trying to do the right thing, we might actually end up with a less diverse shortlist. But we still think that that is the way to go. Surely, there's a way of celebrating outstanding artists without having to have those categories divided up in that way?”

The subject had previously been raised by Sam Smith in a statement in which they stated they felt excluded by the current categories.

“That was really sad for us,” explained Webb. “We love Sam; Sam’s an extraordinary artist and Sam wrote some beautiful, heartfelt words about their reaction to this and we actually agreed with every single word of it. It's certainly something that's being looked at. The BPI are looking at a very far-reaching gender study, actually, and what more can be done to make sure that they get it right.”

The BRITs has the potential to represent so much this year... Beyond our industry, it’s a moment of celebration and optimism wrapped around music

Overnight ratings for the 2020 BRIT Awards revealed a year-on-year audience decline. The awards ceremony, screened live on ITV, won its slot from 8pm to 10pm with a 20.5% audience share, down from 22% in 2019. The average audience of 3.8 million was down on last year’s 4.1m. Both Allen and Webb told Music Week that they have multiple ways of gauging success this year.

“TV ratings is one metric,” said Allen. “But there are so many other ways that you can determine success. The winners on the night will determine success for us. The performances on the night will determine the success for us. The fact that the show is even happening in the year that's just happened is a metric for success. The fact that we're going to be the first [major] live event happening in the UK with an audience for music is a metric for success. Of course, we would like many, many people to watch this and not just through a TV metric, but also via social media and YouTube and all the ways that people do consume music now. David said this to us: ‘Feel proud of the show that you pulled together, feel proud of the artists that you have booked,’ and I think Selina and I can hold our head up high and say we're very proud that we've got to this point with the artists that we've got, and the nominations that we've got. What will happen will happen.”

“The BRITs has the potential to represent so much this year,” added Webb. “There’s a huge responsibility that goes with that. Beyond our industry, it’s a moment of celebration and optimism wrapped around music. Yes, things like viewing figures are in our minds, but those things are higher in our minds: that it can be a celebration and a moment of optimism.”