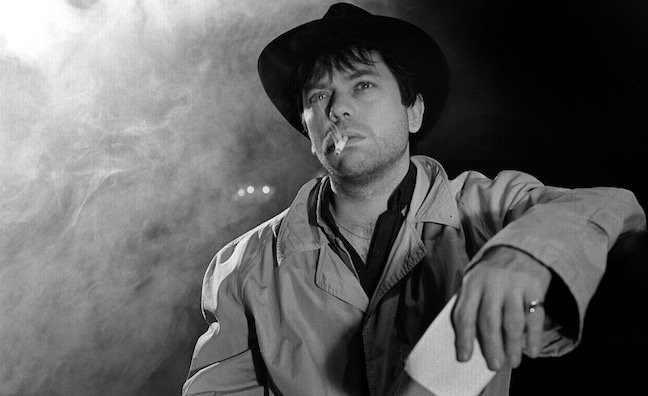 Tributes have been paid to Nick Tesco, former frontman of The Members and a Music Week journalist during the ’90s and ’00s.

The death of Nick Tesco (real name Nick Lightowlers) aged 67 on February 26 was confirmed on his Facebook page. “Mr Tesco has left the building,” said a statement. “Thanks for everything.”

The Members, from Camberley in Surrey, were active from 1977 to 1983 in their original incarnation.

The band signed with Virgin Records at the tail-end of punk in 1978 and had a No.12 hit with classic single The Sound Of The Suburbs. Co-written by Tesco (then performing as Nicky Tesco) and Jean-Marie Carroll, the single reportedly sold 250,000 copies and went on to become a staple of punk compilations. It is published by BMG.

BMG SVP publishing UK, Hugo Turquet, said: “It’s very sad to hear the news. BMG was very proud to be the custodians of The Members’ catalogue with their knack for hit melodies and wit in their lyrics. The Sounds of Suburbs was for me always the soundtrack to long hot city summers and always will be. Not just a great punk song but simply a great song.”

The Members’ debut album, At The Chelsea Nightclub, made No.45. 1980’s follow-up, The Choice Is Yours, did not chart.

Following his departure from the group, Nick Tesco worked as an actor. He appeared in the 1989 film Leningrad Cowboys Go America, as well as writing and recording with the band from the film.

BMG UK senior manager Simon Abbott worked with his publishing rights in The Members’ catalogue of songs at EMI Music Publishing and, more recently, at BMG.

Simon Abbott said: "Nick was a charismatic singer and frontman and a gifted songwriter – The Sound Of The Suburbs remains one of punk’s greatest singles – born out of a love of so much music, especially reggae (he lobbied Virgin Records to have Vivian Jackson produce The Members) and world music, the latter a term that would always make him roll his eyes.

"He had a fierce intellect, strong political convictions – he despised Brexit – and a wicked, hubris crushing sense of humour. He was a punk fashionista, he was a bon vivant, he was a true original; Nick always brought the funk and plenty of fun! He was also a talented actor, as those who saw his performance in Aki Kaurismaki’s cult classic film Leningrad Cowboys Go America will attest, and, as his friends at Vive Le Rock magazine will confirm, an accomplished writer, journalist and occasional broadcaster.

"In recent years, our families enjoyed some wonderful times together, particularly at Cesca & Nick’s place in Rochecolombe, southern France. The news of Nick’s death is heartbreaking. Like everyone else who was privileged to know him, I shall miss him immensely. My thoughts are with Cesca, Lucy and Ned."

In the 1990s, he worked at Music Week and remained there long into the following decade. Tesco worked for the database division, including the Music Week Directory, as well as writing Music Week reviews and features.

“He came in with this amazing musical history and was a great man, admired, respected and loved by all of the team,” former editor Martin Talbot, now chief exec of the Official Charts Company, told Music Week. “The more experienced of us recognised what a legend he was, but he also had a cheeky, impish sense of humour which made him a hero to the younger team members too. Nick was such a personable guy, he was always on the look-out for you, whoever you were. A genuinely great human being.”

Former Music Week editor, now BMG EVP global corporate communications, Steve Redmond, said: “Having bought Sound Of The Suburbs on clear vinyl when it first came out, it was a little daunting at first to welcome Nick into our ranks, but he was a pleasure to work with, incredibly knowledgeable and passionate and always engaging.”

“RIP Nicky Tesco,” wrote Danny Kelly on Twitter. “Trillions of words were written about Punk. Wasted effort. You did it in five.”

David Quantick posted: “The Members were a brilliant group with fantastic observational, witty songs. Their singer Nicky Tesco was a fantastic frontman and in later years a great presence on social media.”

A round-up of tributes is below.

There is a massive Nick Tesco sized hole in our lives. Happy Trails Nick!

He was a film star, rockstar a husband, a dad a very funny man A great writer a bon vivant and he will always be the Sound Of The Suburbs! #vivelerock #BBC6Music #jccarroll #soundofthesuburbs #nicktesco pic.twitter.com/YDNeVYoRvv

Many of us know him from his post-punk career, working for @MusicWeek and its various sister titles. He never ceased to be a rock star, spikey, funny, took no BS. He was much loved and will be sorely missed. Very sad today. Rest in power, Nick. https://t.co/W2fCWrnKeb

Deeply saddened to hear of the passing of my old friend, Nick Tesco. pic.twitter.com/oVXadV4qUl

This is such sad news. A wonderful performer and yes, a wise and compassionate voice on here. RIP Nick Tesco and all good, gentle wishes to his family. https://t.co/wDvexRcz8F

Sad news about Nick Tesco today. Glad to have had the chance to tell him how much I loved the Members, and Leningrad Cowboys Go America. He was always the funniest man in the room, with all the best stories pic.twitter.com/fruL4p0RZS

RIP Nicky Tesco. Trillions of words were written about Punk. Wasted effort. You did it in five pic.twitter.com/7i82zzhhyq

The Members were a brilliant group with fantastic observational, witty songs. Their singer Nicky Tesco was a fantastic frontman and in later years a great presence on social media. RIP Nicky Tesco. pic.twitter.com/BKHikYf2sG

I remember my brother first playing Sound Of The Suburbs by The Members – a song which perfectly mirrored the hot oil & cold water mix of ennui and pent-up energy of teen life far away from punk’s epicentre. He loved them, and very soon after, so did I. https://t.co/cNPs4GeOOE