Insanity Group's Andy Varley on seven of his biggest deals 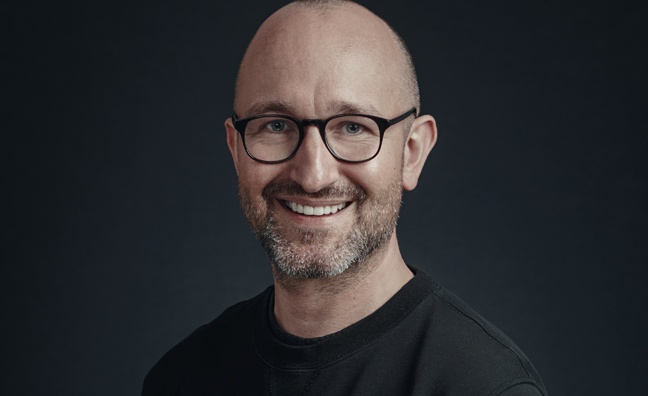 It’s been a good year for Insanity with a No.1 album for Tom Grennan, strong ticket sales for management client Wilkinson in New Zealand (where Covid didn’t halt touring), plus the return of BRITs Rising star runner-up Joy Crookes.

In fact, Insanity Records soon evolved from its dance music blueprint. “This was the running joke with Jason,” Varley told Music Week. “He says, ‘You pitched me a dance label, you've never had any dance hits!’”

Insanity officially launched way back in 1997, when Varley was staging battle of the bands contests in Kent while still at school. The company evolved into a booking agency and then a fully fledged music operation, which now covers recordings, live, management, broadcasters and digital. The Insanity founder’s entrepreneurial energy was recognised at the Artist & Manager Awards in 2019.

In a bonus online interview, here Andy Varley looks back on seven big deals that have helped to make Insanity Group into a modern music powerhouse…

The origins of Insanity…

“The name Insanity goes way back to being on a family holiday. I was only 12 at the time, and my brother – who's three years older than me – and one of my older cousins were talking about this idea of setting up a computer game business. There was a game around at that time called something like Virtual Insanity. I basically stole the idea from my brother and cousin, and I started selling computer games to my mates. I decided to call the company Insanity PD, as I was legally copying computer games that were in the public domain and selling them to my mates at school. By the age of 13,14, I was selling to about 30-odd countries around the world through mail order. So Insanity itself, I say it started in 1997 [when Varley was 17]. But it actually goes way back to being a computer game business that I was running as this young entrepreneur.”

“I graduated from [Kent] Uni in 2003 and that was the year that I started working with Zane Lowe [then Radio 1 DJ now Apple Music radio]. He was incredible, such a formidable character and his music knowledge was encyclopedic. He trusted me as this 23-year-old kid to be across all of his touring. We came up with this brand called Home Taping, which was a bit of a take on creating your own hip-hop mixtapes by recording music from the radio. We turned it into a really successful touring business and we worked together for about five or six years.

“I actually bumped into him last year at the Roc Nation brunch at the Grammys, and we had a really great chat. The great thing with Zane is that he always gives you the time. He's brilliant and he taught me a hell of a lot. He was a very tough client to work with, he really kept you on your toes because he was incredibly ambitious. But he was also very generous with his time, knowledge and contacts book. Zane and I were really involved with the growth of the Ibiza Rocks brand and attracting alternative artists to go and play in Ibiza. He was asked to curate the line-up and he worked really closely with Andy McKay. Zane introduced me to Ian McAndrew and Colin Lester, who were managing Arctic Monkeys, and we managed to encourage a couple of the young lads from Arctic Monkeys to come over to Ibiza with us. It was a lot of fun.”

“I was actually on my honeymoon in January 2015, and I got fired by an artist who we’d had quite a lot of success with. I'd gone away for this four-week trip and two weeks in I got fired, which wasn’t great. I remember saying to my wife at the time that there's no real ownership in management. So on the flight home from my honeymoon, I sent some emails to the [CEOs] of the various different label groups. Jason [Iley, Sony Music UK CEO/chairman] got straight back to me and invited me to meet him for breakfast. We’d had success with DJ Fresh, Sigma and Second City – multiple No.1s, millions of record sales and significant global success.

“So I pitched this idea to Jason of starting a dance label, which he was really into. We'd got to know each other through a contract negotiation that, ironically, hadn't actually gone Sony's way – we'd signed it to Warner. But we really got to know each other during that process, so he was up for it and we signed [the JV deal]. We launched Insanity Records, which obviously didn't exist before, we literally started from ground zero with no artists at all.”

“About a week after we signed the deal with Sony Music in August 2015, I actually met Craig David at Notting Hill Carnival. Colin [Lester, Craig David’s manager] and I have always had this really great relationship. I'd heard stories about Colin before I started working with him, and he's brilliant. He's an exceptional manager. He's always got his artists’ best interests at the forefront of his mind. I guess when that is your approach, you sometimes have to have quite difficult conversations with your record label. But we just had the same goal and ambition, which is that we wanted to have global success with Craig, we wanted to hit the top of the charts – and we did. They were really great partners.

“We had two successful albums and then Craig has moved on, but we still have a great relationship with both him and Colin. I've absolutely no doubt that he will continue to evolve his career as he has done over the last 20 years. We're around the same age, actually. It was strange because when I was at university, my [favourite] album of the first year was Born To Do It. So it was such a fortuitously timed moment when we got to meet for the first time, two weeks after we signed the deal with Sony.”

“Dan Lloyd Jones, who's now at Island, was at Sony/ATV at the time. I’d had a run of signing my clients to Sony/ATV Publishing and Dan and I got an incredibly well. Just after we signed Craig, actually, I got this email from Dan saying that he’d just had this demo from a young kid who was still at college. He sent it over to me, and it was a demo for a track called Something In The Water, which actually ended up being on Tom's first album – it's a real fan favourite actually. Anyway, I loved the demo, I thought it was brilliant. Dan said that there was a show taking place in this little pub called the Finsbury, next to Finsbury Park. So I went down with [then Insanity A&R manager] Ali Fletcher. Tom had the most incredible voice. He hadn't really been in music, he had wanted to be a professional footballer but his footballing career got cut short for various different reasons. He would always be the guy who was singing in the changing rooms, and his teammates told him he had a great voice. He was just about to sign with Various Artists Management, we put in an initial [label] offer and we signed Tom in February of 2016.”

Expanding the management division with the 7980 acquisition…

“The growth has always been really organic. The 7980 acquisition back in 2018 was a real turning point for the music side of the business. Jon Bailey and Marc Sheinman, who are brilliant executives, brought in Wilkinson, Friction, Jvck James and Cadenza, they were some of the key clients. Being part of the Insanity Group business and being able to tap into the back-end systems and the infrastructure, and having the support of myself and the rest of the team, has enabled them to take on more artists. So we helped them to re-sign Shy FX, who was formerly a management client of mine. We’ve also signed Tiffany Calver. We don't do a lot of acquisitions, but we tend to attract really great executives, which I'm incredibly proud of. On the management side, what quite often happens is a manager joins, and they've come from another company where they've been for a few years and have built up some really great contacts and relationships. Then we support them to grow their own roster. We have over 200 clients that we represent across the different Insanity entities, and we've got 55 staff.”

“There was an opportunity that existed to bring an agent, Dan Saunderson, into the business. He had been at UTA for a good few years. Dan and I have known each other for a long time, he represented a couple of our managed clients for live whilst he was at UTA. The live business is really where the company started. It's always been a really important part of what we do. Loco Talent is very focused on the lucrative heritage market, which provides some real opportunities for artists later in their careers. Orbit Talent is representing more mainstream frontline clients. Nathan Dawe, who's obviously having a phenomenal amount of success with the team at Atlantic, is one of those signings.

“When I announced the launch of Orbit Talent, a lot of people were saying, ‘Why the hell would you launch a live agency in the middle of a global pandemic where live revenues have been totally decimated?’ But my mentality is always that I believe in us as a business, I believe in our service offering. And we obviously want to be at the front of the queue for when things do return to normal. We’ve seen a massive jump in the number of live shows that have been booked in for the tail-end of this year and onwards.”

Subscribers can click here to read the Music Week Interview with Andy Varley.