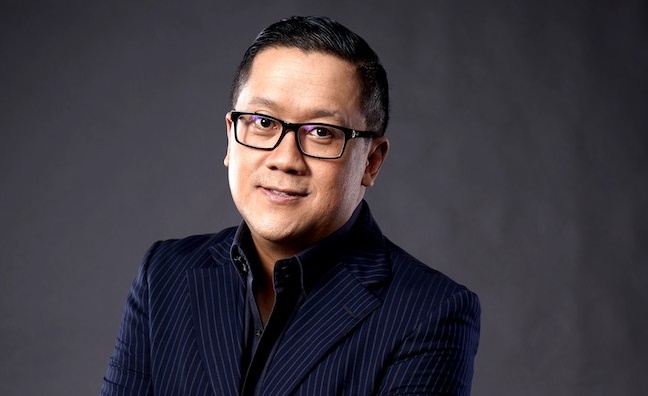 Triari “Ari” Senawirawan has been named as the new managing director of Warner Music Indonesia. He will take up the position on May 1 and report to Simon Robson, president, international, Recorded Music, Warner Music Group.

Senawirawan joins the company from Visa Indonesia, where he drove the company’s marketing strategy and consumer digital engagement. He has a track record of working in marketing, branding and advertising for numerous leading companies and agencies.

Toto Widjojo, who has been MD of Warner Music Indonesia since 2014, is stepping down at the end of April.

Warner Music Indonesia is home to a range of artists including Hanin Dhiya, Kotak, Naff and Shae. Indonesia – the world’s fourth most populous country – is also an increasingly important market for Warner Music’s international artists.

Triari Senawirawan said: “Engaging people with artists and music has always been part of my professional career. I’m excited to work at Warner Music, which has a refreshing and different approach to promoting its artists. It knows that in a market dominated by streaming and single tracks, we have to double down on telling our artists’ stories to help them cut through the noise and genuinely connect with fans.  That strategic approach hugely appeals to me and I hope I can bring my experience to bear for our incredible roster of artists.”

Simon Robson added: “The future of Indonesia’s recorded music market is very exciting, as it’s poised for exponential growth when subscription really gains traction. It’s crucial that we have a very strong team in place to maximise the considerable potential of the market, for our domestic and international artists. Ari is a brilliant marketing specialist and brand strategist with a passion for music. Given his background, I’m confident that he can be instrumental in building up our domestic roster, amplifying our artists’ profiles and growing their fanbases in Indonesia and overseas, helping them sustain long-term careers.

“I’d like to thank Toto Widjojo for his service over the last seven years.  He’s built a strong foundation for the growth of our business and we wish him good luck with his next ventures.”

Triari Senawirawan began his career working at a series of advertising agencies, including Publicis Groupe, TBWA Worldwide and Ogilvy, before going to the brand side of marketing at Microsoft Indonesia in 2006 to become corporate marketing communications group head.

A move to Nokia Indonesia followed in 2010, when Senawirawan was appointed as head of marketing - brand management, digital strategy & consumer insight, where one of his responsibilities was to work with artists to promote Nokia’s music service on its devices. He then undertook senior marketing roles at wireless provider Telkomsel and financial services group DBS, before becoming senior director – country head of marketing for Visa in 2017. In that latter role, he had responsibility for the financial giant’s end-to-end marketing strategy, growing consumer payments on digital platforms, driving ecommerce transactions, contactless payments and also collaborating with music and video streaming services, such as Deezer and Vidio.