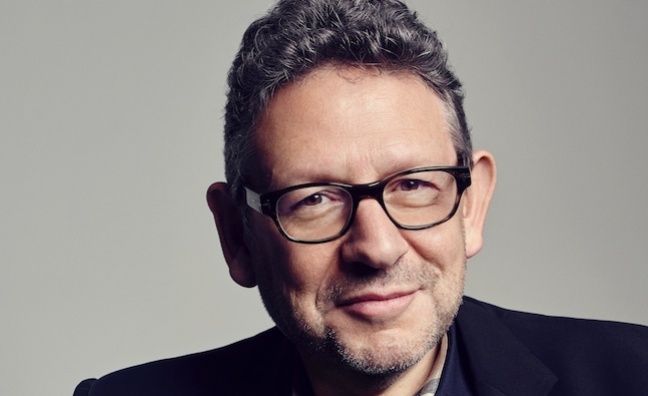 The intervention in the long-running streaming debate came as part of his traditional New Year message to UMG’s global staff, which has been seen by Music Week.

The email notes the many achievements of UMG and its artists, as well as reflecting on the successful IPO for the major in late 2021.

“It was a watershed moment in our history,” wrote Sir Lucian. “And yet, in some ways, when it comes to what we do every day, we just kept doing what we’ve always done: bring great artists and their music to the world; break performance records of all kinds everywhere; and drive the industry forward through creativity, strategic investments, and innovation.”

“To achieve such astonishing success for both developing and established artists, and to do so year after year, in every conceivable genre, often in regions beyond their home countries, is no accident,” wrote Sir Lucian. “UMG’s unique artist-centric culture accounts for that repeated success and is at the heart of our company’s two-fold mission.”

As well as the key role of UMG in breaking artists, Sir Lucian also identified its mission to create a “healthy, sustainable and exciting music system”. On this front, he noted the development of immersive or spatial audio: nearly half of UMG’s streaming consumption is now in this format and 80% of the major’s Top 50 streaming artists. It follows a dedicated immersive audio initiative at Abbey Road Studios and Capitol Studios.

“Thanks to our efforts, the entire industry has been releasing more and more music in immersive audio,” wrote Sir Lucian. “And many platforms - including Apple Music, Tidal and Amazon Music - are offering this far superior experience to the other beneficiaries of immersive audio: music fans.”

We need a model that supports all artists… An innovative, ‘artist-centric’ model that values all subscribers and rewards the music they love

UMG is also across opportunities in Web3 and the metaverse, as well as applications for health and wellness and medical music delivery.

In a significant development, the industry leader turned to the future of streaming later in the memo. While reminding UMG colleagues of the major’s “pioneering” approach to embrace streaming over a decade ago, Sir Lucian noted that “every blazingly transformative technological development inevitably creates new challenges for us to confront”.

“Today, some platforms are adding 100,000 tracks per day,” he wrote. “And with such a vast and unnavigable number of tracks flooding the platforms, consumers are increasingly being guided by algorithms to lower-quality functional content that in some cases can barely pass for ‘music’.”

Sir Lucian described the source of this egregious content - brief sound files designed to divert royalties from real music - as “bad actors who do not share our commitment to artists and artistry have been swooping into the reinvigorated industry”.

“What’s become clear to us and to so many artists and songwriters - developing and established ones alike is that the economic model for streaming needs to evolve,” he added. “As technology advances and platforms evolve, it’s not surprising that there’s also a need for business model innovation to keep pace with change. There is a growing disconnect between, on the one hand, the devotion to those artists whom fans value and seek to support and, on the other, the way subscription fees are paid by the platforms. Under the current model, the critical contributions of too many artists, as well as the engagement of too many fans, are undervalued.

“Therefore, to correct this imbalance, we need an updated model. Not one that pits artists of one genre against artists of another or major label artists against indie or DIY artists. We need a model that supports all artists - DIY, indie and major. An innovative, ‘artist-centric’ model that values all subscribers and rewards the music they love. A model that will be a win for artists, fans, and labels alike, and, at the same time, also enhances the value proposition of the platforms themselves, accelerating subscriber growth, and better monetising fandom.”

While Sir Lucian Grainge has not quite endorsed a switch to a user-centric payment system (preferring the concept of an "artist-centric" model), he has confirmed his support for a fresh approach to streaming royalties.  Interestingly, that chimes with the view of Universal Music UK’s CEO & chairman David Joseph who spoke of different ways to divide the streaming pie during the DCMS Committee inquiry into streaming.

SoundCloud has started to bring the majors on board for its user-centric system, while Deezer has also experimented with this approach. But the idea has also met with some resistance from label bodies and UMG appears to be looking at completely new ideas.

Of course, streaming companies don’t pay artists royalties - they pay record companies who then share those royalties with artists. So DSPs need major labels to come on board for any changes to the system of remuneration that might be different from the current pro-rata model (which divides revenue based on all streams), to something that also reflects what each user is actually listening to and shares their monthly subscription payments accordingly; or some other proposal for dividing up the creators' share of the billions of dollars flowing into DSPs.

Sir Lucian Grainge has perhaps now signalled that some kind of change is coming.

“Along with many others in the music world, we share deeply held principles about the value of artistry and the artist-fan relationship,” he continued. “This year, we will be working on the innovation that is absolutely essential to promote a healthier, more competitive music ecosystem, one in which great music, no matter where it’s from, is easily and clearly accessible for fans to discover and enjoy. An environment where great music is not drowned in an ocean of noise. And one where the creators of all music content, whether in the form of audio or short-form video are fairly compensated.”

“Achieving such a profound change will present challenges as well as opportunities,” he concluded. “I’m confident, however, that our long and deep involvement with music and artists will enable us to safely and profitably navigate our way forward through the industry’s next big shift.”

Click here for outgoing BPI boss Geoff Taylor’s reflections on how the industry successfully adapted to the streaming model.