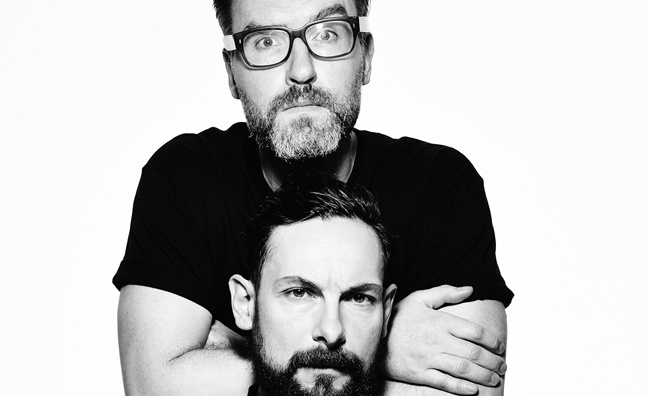 Warner Music UK has unveiled the leadership team for The Firepit, its original creative content and production studio.

“In an always-on world, compelling narratives around music, artists and popular culture have never been more sought after and, having been at the forefront of entertainment for 70 years, Warner Music is uniquely placed to unlock them," said Max Lousada, Warner Music UK chairman and CEO.

"Chris and John are among the most celebrated creatives of their generation. Their fresh, bold and inventive perspective has helped redefine some of the world’s best-loved brands, while Brian has played an important role in the growth of Vice, one of today's most pioneering media companies. Together, they make an incredibly dynamic team that will accelerate our growth into this exciting space."

For the past five years, they have spearheaded 4Creative during which time their work has seen the channel win three D&AD Black Pencil awards,Campaign’s Campaign Of The Year in 2016, Advertiser Of The Year in 2015. The duo will be joining Warner Music UK in late summer.

Murnin previously, he worked as a senior commercial executive at Vice Media for almost five years, driving its growth as one of the world’s leading content and media businesses. He has contributed to the development of a suite of world-class youth media platforms in their UK division, creating commercial opportunities and creative solutions for industry-leading partners. Murnin has music industry experience as a founding member of the team behind Clash Magazine.

Warner Music UK launched The Firepit in 2016. Based at the company’s Wrights Lane headquarters in London, it encompasses a creative content division, innovation lab and state of the art recording studio supporting Warner Music’s artists, labels and partners.

Stefan Demetriou, VP, content & format, WMUK, currently heads up The Firepit’s content arm and is leaving the company to pursue a new role later this year. The existing production team will report to Bovill and Allison.