'It sounds like it took 5.4 people to come up with it' Noel Gallagher tips hat to Music Week research as he launches song 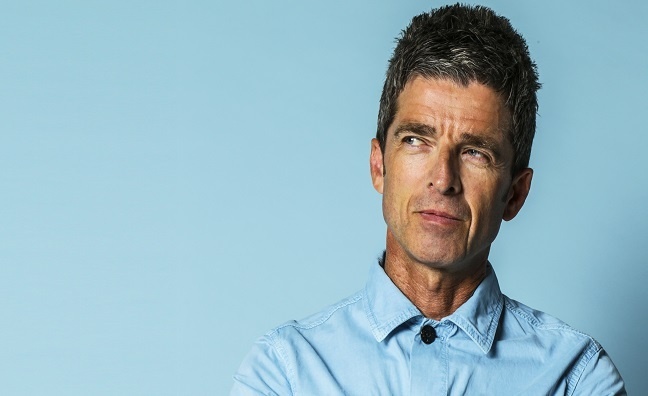 Noel Gallagher has tipped his hat to Music Week's research that the top 100 tracks of 2018 were created by an average of 5.34 songwriters as he launched his new single.

The former Oasis man is streaming Wandering Star, taken from his Blue Moon Rising EP which comes out on March 6 next year, and is hyping the new track by poking fun at the stats behind his chart rivals.

"It’s that good, it sounds like it took 5.4 people to come up with it," Gallagher declares of Wandering Star, wryly adding: "It’s already a live standard and we haven’t even played it yet.”

The song was written by 'The Chief' at Abbey Road last November on the same day he also penned recent single Black Star Dancing.

Gallagher first became aware of the co-writing numbers behind last year's chart successes when he spoke to Music Week for our recent cover story.

“I don’t get it," he admitted when shown the figures. "But this is all major record label shit: two guys do the beats, another one does the topline, another does this, that and the other. And in that sense it’s the death of art, because there are no artists – there are just writers and performers. There’s a clear line now: you’re either an artist, or you’re an act."

Read the full interview now, plus get Noel's verdict on what it would take for an Oasis reunion to occur.