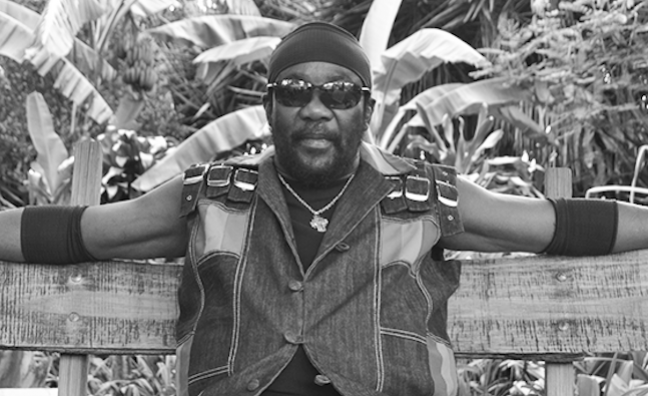 BMG has paid its respects to a “legendary reggae icon” after Frederick ‘Toots’ Hibbert passed away aged 77.

“BMG mourns the passing of legendary reggae icon Toots Hibbert, frontman of the groundbreaking reggae and ska group Toots and the Maytals,” the label said in a statement. “Our condolences to all his family, friends, and loved ones.”

An initial statement released by Hibbert’s management company on Friday (September 11) confirmed that Hibbert had passed away after being hospitalised with breathing problems. He was awaiting results for a Covid-19 test before being placed in an induced coma.

“It is with the heaviest of hearts to announce that Frederick Nathaniel ‘Toots’ Hibbert passed away peacefully tonight, surrounded by his family at the University Hospital of the West Indies in Kingston, Jamaica,” the statement read.

“The family and his management team would like to thank the medical teams and professionals for their care and diligence, and ask that you respect their privacy during their time of grief. Mr Hibbert is survived by his wife of 39 years, Miss D, and his seven of eight children.”

Hibbert fronted the Maytals for six decades, achieving international renown for a vast catalogue of some of reggae and ska’s biggest songs, notably 54-46 Was My Number and Pressure Drop.

BMG released Got To Be Tough, his first album in more than a decade, last month via Trojan Jamaica. Produced by Zak Starkey, the 10-track record featured collaborations from Ringo Starr, Ziggy Marley, Sly Dunbar and Cyril Neville. The band were scheduled to return to Glastonbury Festival this summer.

Wise Music Group (WMG) represents Hibbert for publishing. Marcus Wise, global head of media at WMG, said: "I feel honoured to have worked with Toots Hibbert over the last few years.  The Wise Music family and I are deeply saddened by the news of his passing.  Toots’ powerful voice had the unique ability to transcend genres and musical styles and his lyrics were personal yet universally inclusive.  He was a true master of his craft.  I will miss his boundless creativity and magnetic personality.  My thoughts and condolences are with his family at this difficult time."

Hibbert’s live representatives United Talent Agency (UTA) tweeted their condolences, while Mick Jagger and Ronnie Wood were among those to pay tribute on social media. Scroll down to see a selection of tributes.

So sad to hear of Toots Hibbert’s passing. When I first heard Pressure Drop that was a big moment - he had such a powerful voice and on stage he always gave the audience his total energy. A sad loss to the music world. pic.twitter.com/CAs9VF4X41

I’d like to send my condolences to the Hibbert family for my dear friend Toots Hibbert who passed away on Friday. I have very happy memories of playing with him, a lovely man and a great talent. Here we are talking about his song ‘Pressure Drop’: https://t.co/uBph4Skerj

We are deeply saddened by the passing of reggae legend, client, and friend Frederick "Toots" Hibbert, frontman of the pioneering reggae outfit Toots and the Maytals. pic.twitter.com/n4dEYUvfZF

I heard Toots sing for the first time in 1979-1980. So much soul in his voice. The dude had pipes. I got to see him perform on multiple occasions in multiple different countries and was moved every time. pic.twitter.com/Awm9vBmIzN

One of the greatest vocalists in Jamaican history. pic.twitter.com/eJlCqlF0iX

“Music gives a soul to the universe, wings to the mind, flight to the imagination and life to everything.”

“ the maytals will be there. “ Rest in power, Toots. @tootsmaytals pic.twitter.com/vCmMiucaNq

I know Toots through this cover of Pressure Drop. Rest In Peace https://t.co/DNINZD8OdO

“If you call it Reggae and it’s negative words, it’s not Reggae.” - Toots Hibbert

RIP Frederick "Toots" Hibbert. The reggae legend and singer/songwriter of Toots and the Maytals has died at age 77. pic.twitter.com/SkAuHqevr5

In memorandum: Farewell Toots, one of the great iconic figures in Jamaican music who’s unrivalled, soulful, passionate voice touched the world. The legacy of his songs will forever live on. pic.twitter.com/LGH01GREJ2