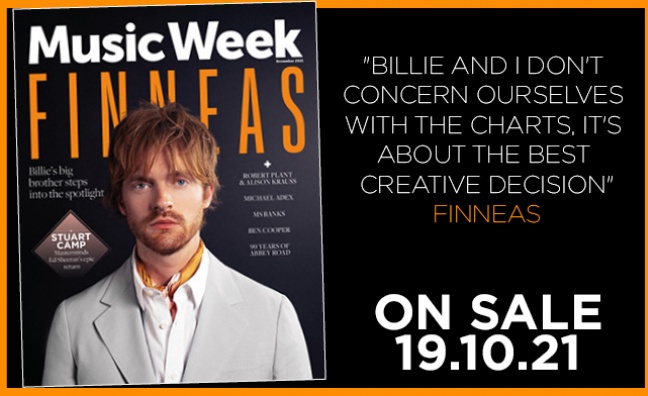 Music Week is thrilled to welcome Finneas to the cover of our brand new monthly print edition.

The uber-talented brother and songwriting partner of megastar Billie Eilish talks modern pop, collaborations and the art of writing a Bond theme in a revealing interview. We catch up with the in-demand US producer and singer-songwriter in Las Vegas, alongside his managers Brandon Goodman and Danny Rukasin, as he prepares to step out of the shadows with debut solo LP Optimist.

Plus, teams Polydor and Paradigm give further insight into the workings of a creative visionary and offer a glimpse into the road ahead.

For the Music Week Interview, we go one-and-one with another huge hitter as Ed Sheeran’s longtime manager Stuart Camp gives the lowdown on the already gigantic = campaign. There are revelations aplenty as the Grumpy Old Management boss brings us up to speed on all things Sheeran and outlines the next phase of their music industry masterplan.

In a two-part feature, we celebrate Abbey Road Studios as it marks its 90th anniversary. MD Isabel Garvey speaks about the iconic building’s impact, influence and legacy, while the legendary Nile Rodgers opens up on his role as Abbey Road’s chief creative advisor. In addition, DJ Tiffany Calver looks forward bringing UK rap and hip-hop to Abbey Road as part of next month’s Amplify conference, and Spotify UK’s Bryan Johnson reflects on the importance of the historic studio.

Fourteen years on from their Grammy Award-winning debut Raising Sands, the legendary pairing of Robert Plant and Alison Krauss have reunited for follow-up Raise The Roof. The duo are joined by producer T Bone Burnett, Warner Music UK CEO Tony Harlow and their team to discuss the ins and outs of their electrifying new record.

In addition, rising executive Michael Adex takes us inside his burgeoning Manchester-based management, records and publishing empire NQ and reveals some of the secrets behind the rapid rise of his star client, Aitch.

Elsewhere, we meet one of the UK’s best MCs, Ms Banks, as she gets set for the next level with her forthcoming mixtape. The South Londoner and her team spread the word on a UK rap success story like no other.

Former BBC Radio 1 & 1Xtra controller Ben Cooper chats to Music Week about his latest role as Bauer Media Audio’s chief content & music officer, Cooper explains how his vision for the company’s commercial stations such as Kiss, Hits Radio and Absolute can see them become even more vital platforms for artists.

Lastly, in features, we present a special report on a crucial cog in the music machine, education. We speak to those charged with nurturing the next generation to find out how the sector is adapting and evolving its practices to keep up with the times. 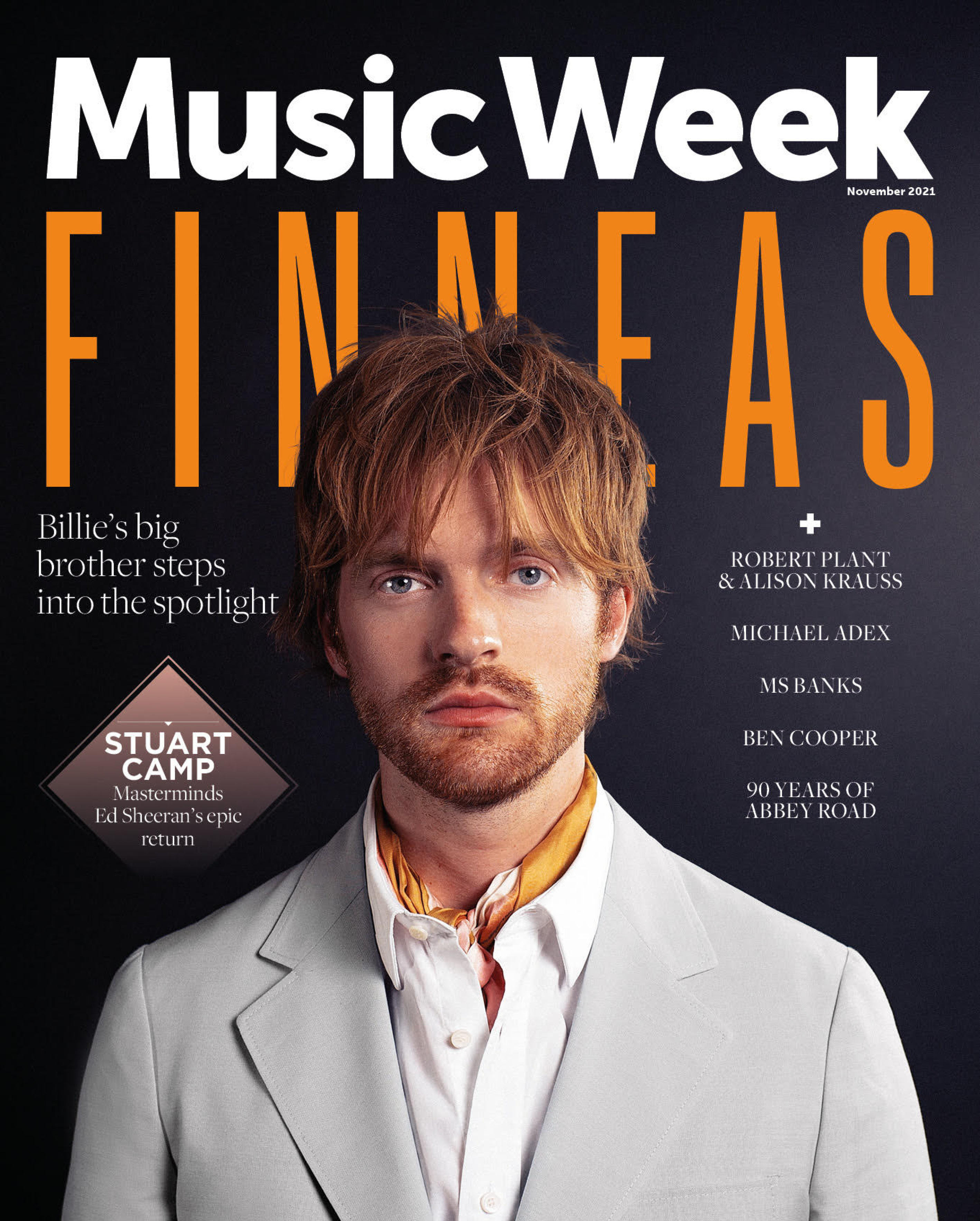 Pop genius Craig David revisits the story of his era-defining megahit 7 Days in this month’s Hitmakers and Depeche Mode icon Dave Gahan muses on making timeless music and hanging out with Neil Young in The Aftershow.

In this month’s Big Story, Modest Management and BMG give us all the details on the JLS comeback including a Q4 album and arena dates. Also in news, Ministry Of Sound execs share the secrets of Doja Cat’s breakout success

Our spotlight Q&A interview features Michael Collins Ajereh, aka Don Jazzy, founder of Nigeria’s Mavin Records, which has signed acts including Tiwa Savage, Rema and Jae5 since launching in 2012. Jazzy gives his views on everything from streaming potential to exec development and the rise of Ayra Starr. Also in Frontline, Audioshake introduces its new software tool in Start Me Up, and we meet David Lim and Joel Babbington of noughties’ podcast Right Back At Ya! In In Pod We Trust.

On The Radar focuses on rapper and TikTok breakout ArrDee. The teenage sensation opens up on his new life, guesting on the smash Body 2 remix and why some people have got him all wrong. As part of the Key Releases section, Incoming features Biffy Clyro frontman Simon Neil, who previews the band’s new LP The Myth Of Happily Ever After. For this month’s Campaign Trail, meanwhile, UMC's director of creative content Sophie Hilton reveals all on the major's plans for the 25th anniversary edition of the Spice Girls' iconic debut LP...

In the latest Mentor Me page - a collaboration between Music Week and Girls I Rate - YouTube Music artist relations manager and for PRS Power Up campaign ambassador Sheniece Charway offers her five top career lessons.