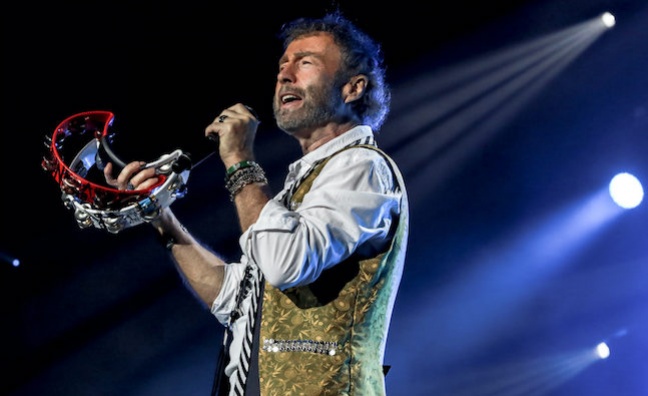 Primary Wave Music has announced a partnership with Paul Rodgers.

Since starting his career in 1968, Rodgers has written, recorded, released and produced 30 albums and has sold an estimated 90 million. He has led several bands, including Free and Bad Company, to worldwide success.

In this partnership with Rodgers, Primary Wave Music has acquired a stake in his publishing catalogue for Free and Bad Company, as well as master recording income streams for both bands.

Terms of the deal will also see Paul Rodgers create an imprint to be distributed by Sun Records, where he will co-sign new artists, but also curate compilations for the legendary record label.

Songs included in this new partnership encompass some of Rodger’s biggest hits for Free and Bad Company, such as All Right Now, Feel Like Makin’ Love, Shooting Star, Wishing Well, Fire & Water, and more.

Paul Rodgers said: “Innovative, hardworking, cutting-edge and courageous are just some of the adjectives that define Primary Wave. Given their deep knowledge of my catalogue, joining forces with them seems a natural progression, to ensure that the messages and the music live on for the fans.”

“Paul Rodgers is one of, if not the greatest, singer in rock history,” said Larry Mestel, CEO & founder, Primary Wave Music. He continues, “Now that Paul has expanded his partnership with Primary Wave, everything in the world is All Right Now.”

In a separate deal, Primary Wave has acquired the music publishing catalogue of the rock band America.

The deal will see Primary Wave acquire Gerry Beckley’s and Dewey Bunnell’s rights in the America music catalogue. The multi-million-dollar deal also includes several re-records that encompass some of the critically acclaimed band’s biggest hits, as well as certain name and likeness rights.

“We are pleased that our catalogue is now in the able hands of the good folks at Primary Wave, where the music we have created over the last 50 years will be given new attention and exposure,” said Dewey Bunnell. “We are proud of the music we produced across these decades, and look forward to watching the catalogue continue to enhance listeners’ lives for generations to come through the vision and actions of Primary Wave. Meanwhile, we continue to actively pursue our careers as songwriters and performers into the 21st century.”

“The songs of America were the cornerstone of my youth,” said Barbara Rose, partner in Primary Wave Music’s management division. “You could not turn on the radio without hearing one of their classic rock hits. Fifty years later, these songs still resonate with positive and uplifting memories of a time gone by. We are excited to work with Gerry and Dewey and their team on preserving these memories for future generations.”