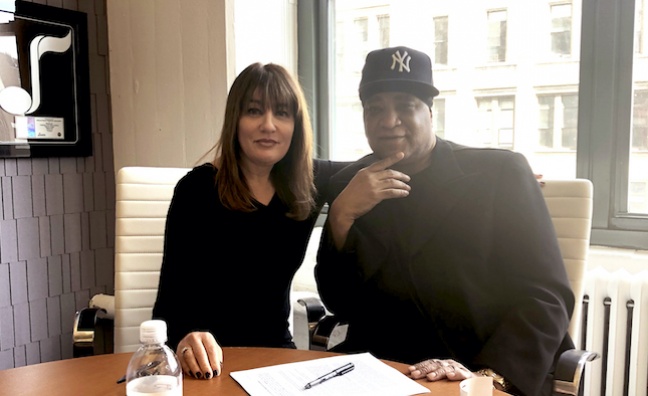 Reservoir Media has announced a deal for a stake in the catalogue of hip-hop producer Marlon Williams, professionally known as Marley Marl.

Throughout his careeer, Williams has worked with hip-hop artists including MC Shan, Biz Markie, LL Cool J and Fat Joe, among others. His biggest commercial success came in 1990 when he co-produced LL Cool J’s fourth album, Mama Said Knock You Out, which features the single of the same name.

The deal with Reservoir includes the album Mama Said Knock You Out and its title track.

Williams said: “I’m so excited to be partnering with Reservoir. Faith Newman and I go back for decades, and I know she and the team truly care about my music. I am so happy they’re going to be the new home for my catalogue.”

Faith Newman (pictured above, with Williams), Reservoir executive vice president of A&R and catalogue development, added: “We’re honored to represent Marley’s catalogue. He has been shaping hip-hop music since its beginning, and we are proud to support all his impressive contributions to the genre.”

Rell Lafargue, Reservoir president and chief operating officer, added: “One of Reservoir’s consistent key strategies is expanding our catalog of evergreen hits. Working with Marley is a great opportunity to deliver on that goal by extending the reach of his classic hip-hop tracks and helping to deepen their value.”