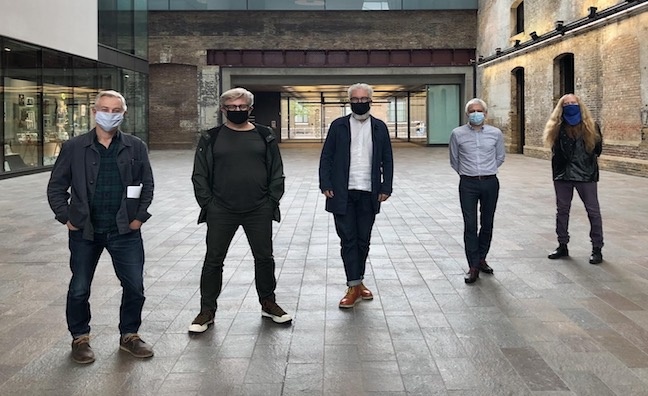 Cooking Vinyl has today (September 21) announced the signing of trance-rock pioneers Loop to a worldwide artist services deal and a worldwide publishing deal.

Loop’s last album, A Gilded Eternity, was released in 1990 on Beggars Banquet. The band subsequently split in 1991.

An official press release stated that Loop are currently doing pre-production on a new album, and go into the studio in October.

Speaking about the deal, Cooking Vinyl MD Rob Collins said: “Loop was always an amazing band and live they had very few peers. Unfortunately, major success eluded them. I’ve always kept a flame going for them in my heart, so to be working on the a new album after 30 years will give me the chance to try and take their brand of sonic guitar-noise to a bigger audience”

Loop’s Robert Hampson added: “I think we can all agree that it’s been a painfully weird year. The music industry has been literally turned on its head in all shapes and forms. For bands especially, with the lack of shows and most likely, the shortage of studio time until recently, it feels odd to be making this announcement. But it’s been a pretty weird few years for Loop in general, so to feel there is a little bit of light and faith in us from Rob and the crew at CV is nothing short of pretty damn marvellous. Rob and I go way back from the days of yore when he was part of our old management team, so it’s great to have a bit of history there.”

Earlier this year, Del Amitri confirmed they have signed a new record deal with Cooking Vinyl.